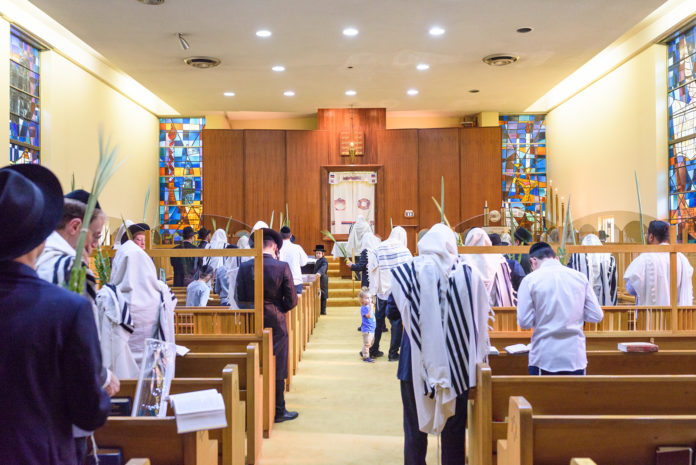 Mention the name of this South Central Pennsylvania city and it’ll conjure up memories of summer and bein hazemanim trips, visits to the 48-acre Dutch Wonderland Amusement Park, and tours of Amish Country.

Those who paid attention during history class might recall that during the American Revolution, Lancaster was the capital of the United States for one day, on September 27, 1777.

Lancaster is a popular destination for frum vacationers. In fact, between five and ten thousand frum tourists make their way to Lancaster each summer.

Nevertheless, at this time, the true attraction of Lancaster to Torah Jews should be something else entirely. And it might just be the best-kept secret in the Torah world.

You might be surprised to learn that Lancaster is home to a high-level yeshiva gedolah, where the sounds of limud haTorah can be heard from morning to night.

The bais medrash-level yeshiva, led by Rav Avrohom Notis, is located at the Degel Israel shul, which has had a presence in Lancaster for over 100 years.

One year ago, the shul opened its doors to Yeshiva Meor Dovid and Rav Notis assumed the position of mara d’asra of the kehillah.

Rav Notis, who has been a marbitz Torah for many years, has an impressive Torah pedigree. He was raised in the hallowed confines of Telshe Yeshiva in Cleveland, Ohio, where his father, Rav Yitzchok, served as a maggid shiur for over 50 years. Rav Notis’ grandfather, Rav Eliyahu Meir Bloch, restored the former glory of the original Telshe in Lithuania from the ashes of the Holocaust, becoming rosh yeshiva of Telshe in Ohio.

A mechanech of note and a respected talmid chochom, Rav Avremel, as he is affectionately known, has had a profound impact on bnei Torah who have benefitted from his wealth of yedios haTorah, his scintillating shiurim, and his understanding of a bochur. He utilized his skills in molding bochurim while teaching at Telshe Yeshiva and elsewhere. In 2012, seeking to do more, Rav Notis founded Yeshivas Meor Dovid, which subsequently relocated to Lancaster.​

The yeshiva has seen great success, igniting many a spark in its talmidim, helping them realize their potential. The yeshiva is now a home away from home for some 30 talmidim. Alumni of Meor Dovid have gone on to learn in prestigious yeshivos in Eretz Yisroel and elsewhere, while maintaining an ongoing connection with Rav Notis.

Those who have tasted the Meor Dovid “experience” understand why Lancaster is the perfect environment for a bais medrash comprised of bnei aliyah.

“It’s an atmosphere where bochurim can grow and thrive without distractions,” says Rav Notis. “It’s serene and calm, close enough to home but not too close.”

Indeed, Lancaster is just one hour from Baltimore and Philadelphia, and two hours from Lakewood, making it an ideal location for this yeshiva.

Meor Dovid is located on the shul’s 3-acre campus, which boasts a mikvah and all amenities needed by the bochurim, who have been dorming temporarily in the “rabbi’s residence” building on campus. A new dormitory has been constructed, and the boys will be moving there with the start of the Elul zeman. Rav Notis and his family will then move into the “rabbi’s residence.”

To accommodate the yeshiva when it settled at Degel Israel, the interior of the shul building was fully renovated, with the construction of a beautiful bais medrash, shiur rooms, and restrooms.

The beautiful and large main shul can accommodate 250+ people, allowing plenty of room for community growth.

One of the perks of the yeshiva-shul arrangement is that the baalei batim of the small but close-knit kehillah take great pride in hosting a makom Torah on their premises. In fact, each Thursday, the baalei batim join the yeshiva, learning one-on-one with the bochurim in a partnership that clearly pays dividends to both sides of the chavrusashaft.

Rabbi and Mrs. Notis are excited about the prospect of young couples moving to Lancaster. Already, two of their married children have settled in Lancaster, serving as pioneers for other married couples from Lakewood and elsewhere to follow. An additional two couples are slated to settle in Lancaster before Sukkos.

“There are fantastic parnassah opportunities here in Lancaster,” says Mrs. Notis. “Speech therapy, which is a struggling profession is some areas, thrives here, as there is a need for qualified therapists. There are jobs at the local school, with benefits, and the local farms and companies present jobs in kashrus supervision, manufacturing, and management.”

There are quality educational options as well, with the possibility of children going to Baltimore or joining the local Silver Academy in Harrisburg, a school founded by a son of Rav Eliezer Silver.

“I asked my rosh yeshiva about the concerns people have moving out of town because of chinuch reasons,” says Rav Notis candidly. “Rav Elya Ber told me in no uncertain terms that there is special siyata diShmaya experienced by those who move out of town to grow Torah.”

Real estate is another attraction, as a 3-bedroom home can be purchased for between $150,000 and $200,000 and the surrounding town is a beautiful one. Government programs that are perhaps more difficult to qualify for near larger metropolises in the tri-state area are more easily obtained in Lancaster, Rabbi Notis points out.

Lancaster has a Star-K-certified fleishige restaurant in Franklin & Marshall College, and the local Wegmans and Giant stores have many kosher products, including glatt kosher meat and cholov Yisroel milk.

The heart of the community is the yeshiva, where bochurim remain for 3-4 years before moving on.

Most importantly, the bochurim, all of them, shteig. And they love it.

“We’ve been zoche to be part of a chaburah of metzuyanim,” related one talmid of the yeshiva, “with learning on an extremely high level and an opportunity to establish a close kesher with the rosh yeshiva.”

In fact, that connection has even drawn some of the bochurim back to Lancaster after they returned from Eretz Yisroel, with one of those bochurim, who is presently engaged, planning to remain in Lancaster after his chasunah.

In a unique twist, Yeshiva Meor Dovid features no “off Shabbosim,” except Shabbos Chanukah and one other time of the year, allowing for the bochurim to be “incubated” to ensure their full aliyah week after week. If a bochur needs to return home, he is accommodated of course, but the yeshiva continues to operate week after week and Shabbos after Shabbos.

The shul members can’t hide their excitement that the yeshiva is in their midst. “The presence of the yeshiva has been an inspiration,” said Mr. Don Feldman, the shul president. “What better way to build a community than on a foundation of love of Torah and learning?”

“What is taking place at Meor Dovid in Lancaster is an absolutely unique phenomenon,” enthuses a parent of the yeshiva. “It is a setting that every parent dreams for their son – and a ruach that every bochur wishes for.”

Please click HERE for more information and as your Kosher Lancaster Source! 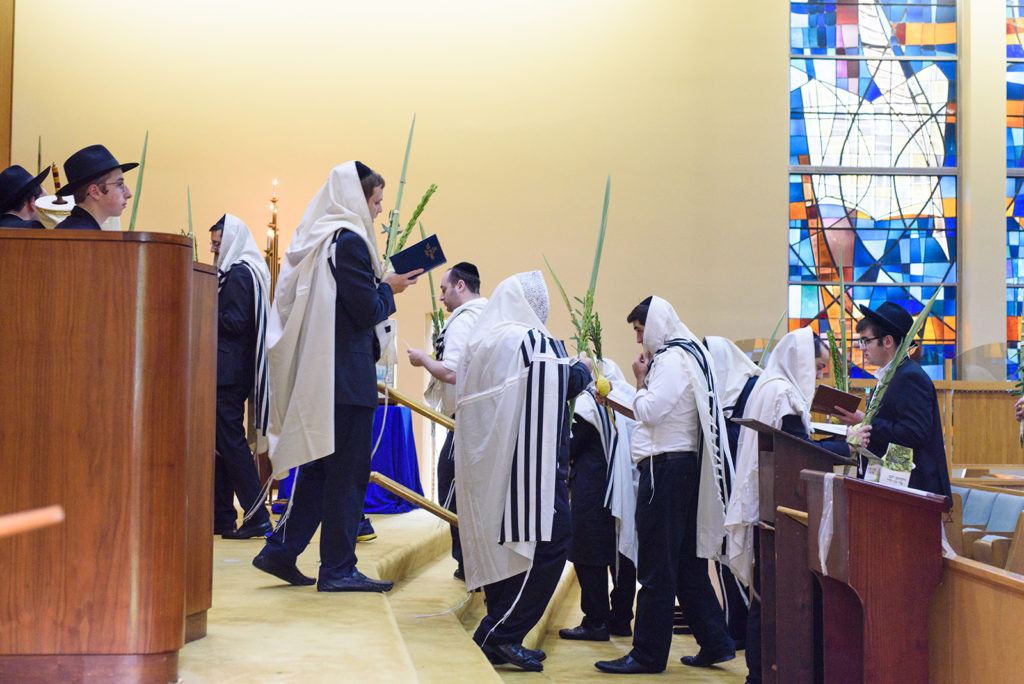 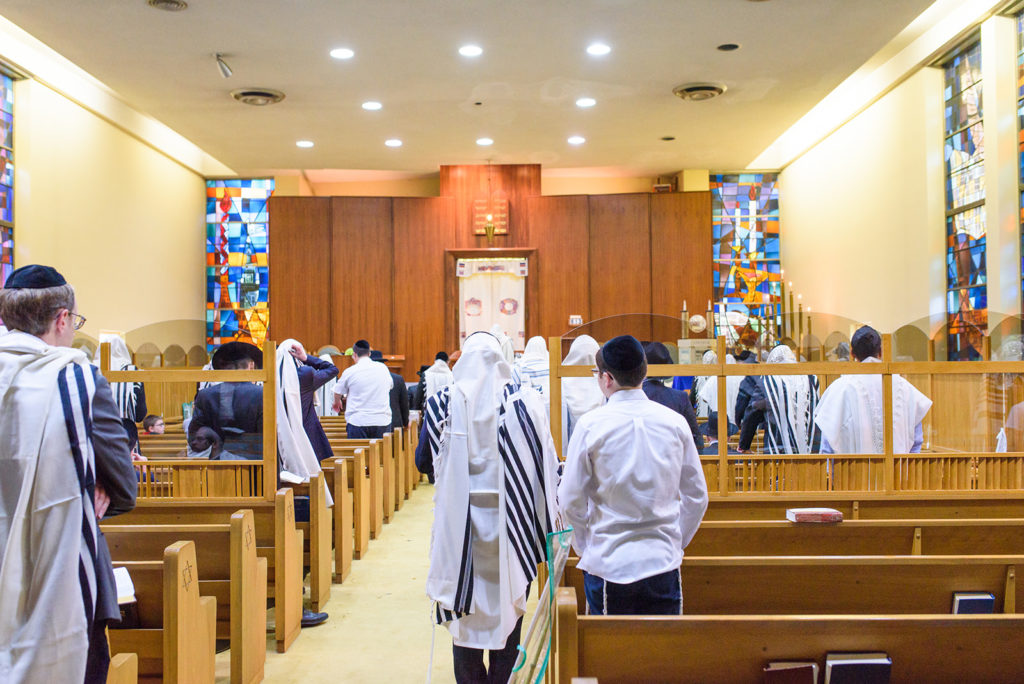 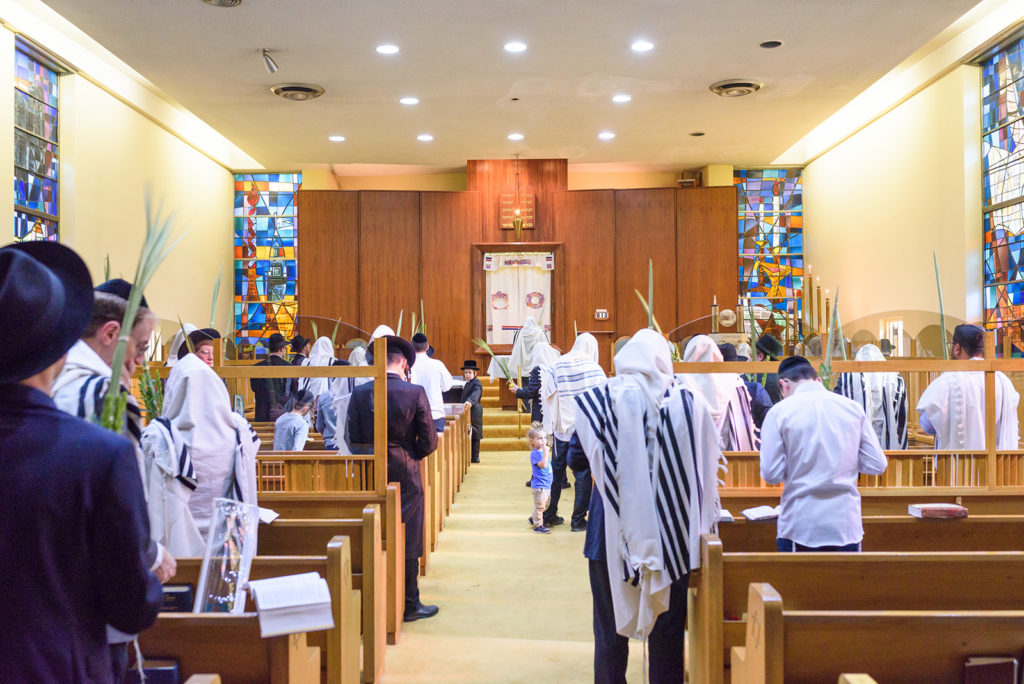 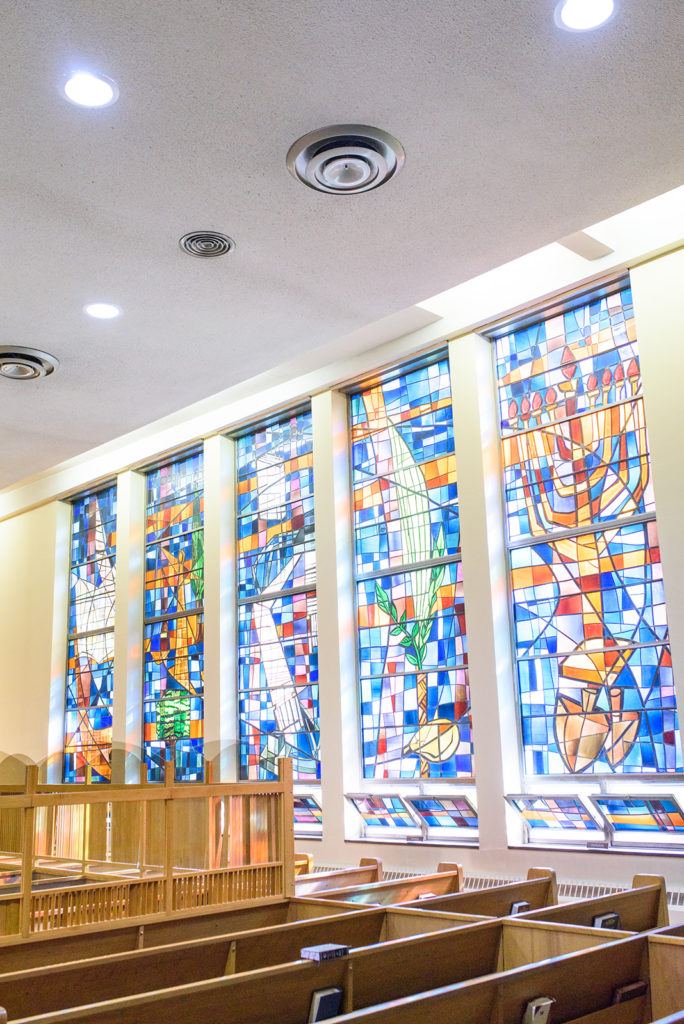 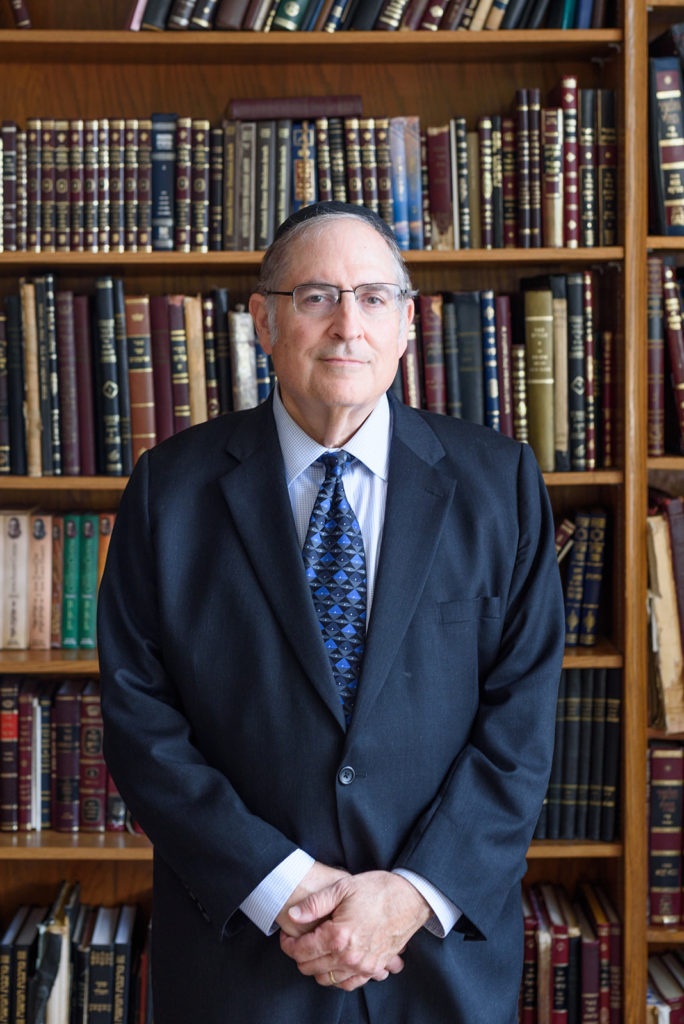 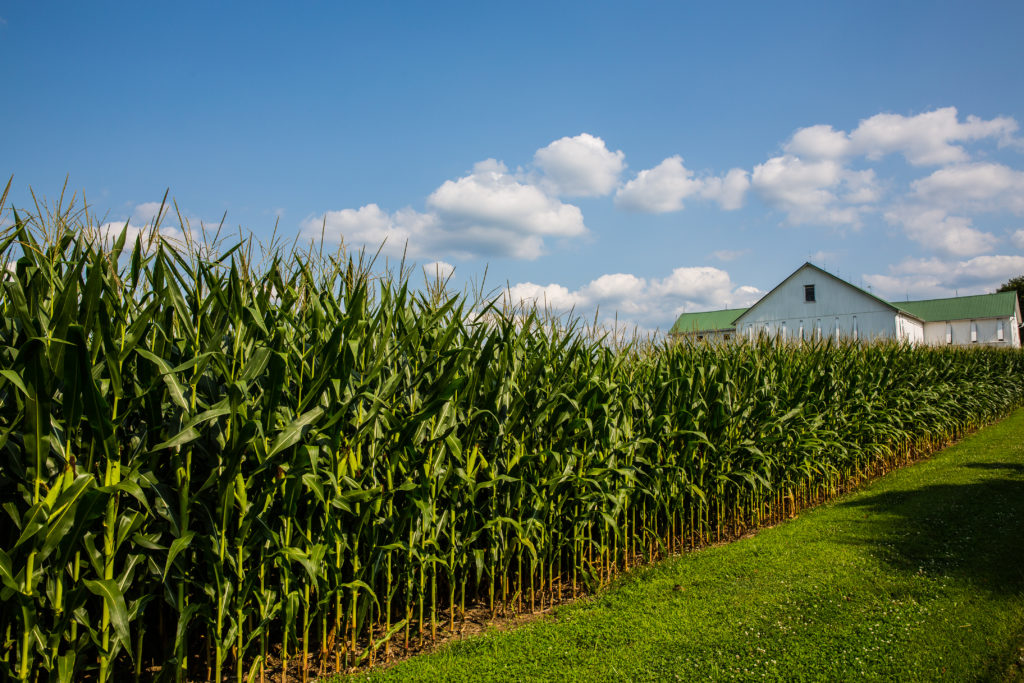