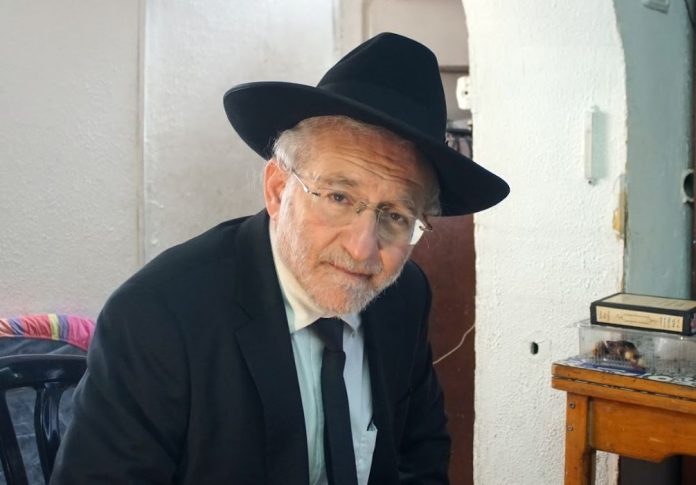 Eight years of struggle built to a crescendo this month, as Avi Matisyahu returned from the hospital to find most of his family’s belongings gone.

It all began in 2011, when Avi’s wife and mother of their 11 children Chaya Matisyahu was pregnant with their youngest son. During routine checks it was discovered that the young woman had cancer. She passed shortly after delivering a healthy baby boy. Chaya left behind a devastated widower, and a large family of orphans.

Avi struggled in the years it followed to raise his children in a 2-room apartment in the Geula neighborhood of Jerusalem, whilst simultaneously supporting them. Four married and began their own homes, leaving seven still sharing a bedroom.

The widower’s health declined, and he ultimately suffered from a heart attack and brain hemorrhaging. With no adult in the home able to properly support them, the family failed to pay multiple mortgage payments. It was then that their landlords began taking the steps necessary to evict them.

With nowhere to go, however, the ill Matisyahu widower and his children continued to stay in their 2-room space, hoping for a miracle. During a recent stay in the hospital, the landlords came to repossess nearly all of their belongings. It was a devastation to the family.

Though deeply conflicted about doing so, Avi has been forced to tell his story on a public crowdfunding forum. At this point, it is their only hope of escaping homelessness.

Donations are being accepted via an emergency fund, to save an elderly man and his children, the youngest of which is just 8 years old, from living on the streets. It is an admirable cause, and an urgent one.