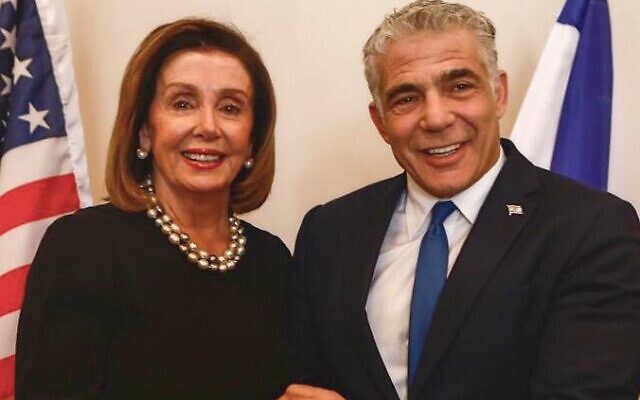 Foreign Minister Yair Lapid held a phone call with US Speaker of the House Nancy Pelosi, the first since he took over as Israel’s top diplomat earlier this month, his office says.

“The two had a warm and positive conversation and discussed the importance of bipartisan support for Israel in the United States,” according to the Foreign Ministry.

Lapid thanked Pelosi for her longstanding support of Israel the two agreed to remain in touch, the statement says.

Lapid has set improving Israel’s ties with the Democratic Party as one of his top goals as foreign minister after the relationship was battered during former prime minister Benjamin Netanyahu’s time in office.