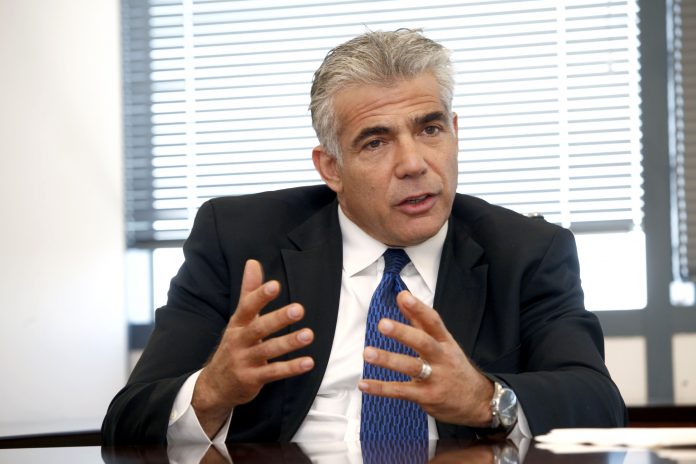 Yesh Atid party leader Yair Lapid is reportedly willing to allow Yamina chief Naftali Bennett to serve as prime minister first in a potential rotation deal in a new government, but does not trust him to be tasked by President Reuven Rivlin with forming it.

On Tuesday night, New Hope party leader Gideon Sa’ar urged Lapid to “put ego aside,” in an apparent call to let Bennett serve as prime minister first. But the Yesh Atid chair insisted parties in the bloc dedicated to ousting Prime Minister Benjamin Netanyahu must first recommend him as their candidate for prime minister so that Rivlin charges him with forming a government. Once that happens, Lapid said, there will be “nothing I’m unwilling to consider.”

Quoted by both the Ynet news site and the Maariv daily Wednesday morning, Yesh Atid sources said that Bennett could not be trusted to work to replace Netanyahu and that the focus of the so-called “change bloc” over the coming week should be on ensuring Rivlin does not task Netanyahu with forming a government following next week’s consultations with faction representatives on whom they back for prime minister.