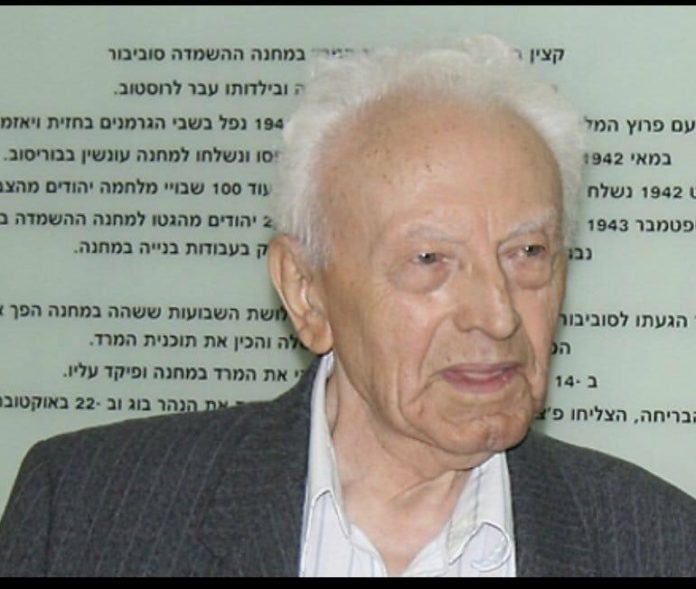 The last living survivor of the Sobibor death camp, died Monday at the age of 96 at a hospital in central Israel.

Rosenfeld was born in Ukraine in 1922 in the town of Ternovka, and in 1940 – with the breakout of World War II – was drafted into the Red Army. A year later he was captured by the Germans and sent to set up a labor camp in the capital of Belarus, Minsk, along with 230 other Jewish prisoners.

Rosenfeld escaped the camp along with 300 other prisoners in September 1943 during an uprising – led by Alexander Pechersky – in which 11 SS men were killed. Though many of the escapees were recaptured, Rosenfeld was able to hide out in the forest for the rest of the war, eventually making aliya in 1990.

In a more recent interview, Rosenfeld recalled that the uprising was triggered after an SS guard, in response to a query about the whereabouts of the other prisoners, pointed to the rising smoke coming from the crematorium. When asked by Pechersky if he would use an ax to kill a man, Rosenfeld responded that he couldn’t kill a man but he could kill a Nazi.

Semyon Rosenfeld is survived by his two sons and five grandchildren. In recent years Rosenfeld lived in a retirement home in the community settlement of Yad Binyamin in central Israel. He died at the Kaplan Medical Center in the city of Rechovot.