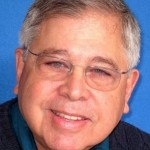 The death of any Jew at the hands of Palestinian terrorists should make American Jewish organizations sit up and take notice. But the death of U.S. Jewish peace activist Richard Lakin poses a special challenge to left-of-center advocacy groups such as J Street.

Lakin, 76, a retired Connecticut school principal, was a passenger on a bus in Jerusalem’s Armon HaNatziv neighborhood when two Palestinian Arab terrorists attacked with guns and knives on October 13. He passed away on October 26, from the injuries suffered in the attack.

Lakin family friend Joan Kimble told the Hartford Courant newspaper that Lakin and his wife, Karen, were active “in a human rights council group that brought inner city Hartford children to summer camps in [suburban] Glastonbury in the 1960s.” Ruthanne Hadley, a former teacher in Lakin’s school, said he reminded her of socialist U.S. Senator Bernie Sanders. “He just wanted everything to be equal and fair,” she said. “He was very kind and generous to everyone.”

At the time of the attack, Lakin’s nephew, Joshua, told the Courant that his uncle “was active in a number of groups that sought peace between Israelis and Palestinians…’He just loves people, cares about people, and wants everybody to get along.’ ”

A terror victim’s politics shouldn’t matter. Groups that care about Israel should speak out for all terror victims, whether they are liberals or conservatives. But it is a fact of life that we tend to pay more attention when the victim is someone with whom we can personally identify.

American for Peace Now co-founder Leonard Fein was not outspoken on the issue of terror victims. But when Joan Davenny, whom he knew personally, was killed in a suicide bombing attack in Jerusalem in 1995, Fein broke his silence.

The Israeli government identified one Abd al-Majid Dudin as having trained the suicide bomber who carried out that attack, and Israel asked the Palestinian Authority to hand him over for prosecution (as the Oslo accords require). The PA refused. Fein joined those calling on the Clinton administration to demand that the PA hand Dudin over for prosecution in the United States. The U.S. government must “act firmly and promptly on this matter,” Fein wrote. Sadly, the administration did not his heed his plea. But he did the right thing.

Will the murder of fellow-peace activist Richard Lakin spur J Street, Americans for Peace Now, and other left-of-center groups to follow Leonard Fein’s footsteps and speak out?

And not just speak out in general, vague terms–but ask for specific actions, such as:

1. According to the Jerusalem Post, one of Lakin’s killers was a member of Fatah, the PLO faction that is headed by Palestinian Authority chairman Mahmoud Abbas. J Street should demand that Abbas order Fatah to pay restitution to the Lakin family.

2. Peace groups should urge the Obama administration to demand that the PA hand over Abd al-Majid Dudin and other Palestinian killers of Americans to the United States for prosecution. More than 130 American citizens have been killed by Palestinian terrorists since the 1960s–yet not one of the killers has yet been brought to justice in America.

3. J Street should announce that it will no longer take part in meetings in Ramallah, the Palestinian Authority’s capital, until the PA changes the names of streets and parks in Ramallah that are named after Dalal Mugrahbi, a terrorist who murdered Gail Rubin, the niece of the late U.S. Senator Abraham Ribicoff (D-Connecticut)–another prominent figure in the left-of-center camp.

It should not matter that Richard Lakin was a peace activist, that Joan Davenny was a friend of a Peace Now leader, or that Gail Rubin was the niece of a liberal Democratic senator. But those are the facts. For J Street and its allies, Palestinian terrorism is striking close to home. Perhaps these tragedies will help them recognize that speaking out against Palestinian terrorism is not a right-wing or left wing issue–it is a matter of justice, on which everyone should be able to agree.