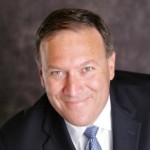 President Barack Obama does not have the power to lift sanctions against Iran until Congress receives the side arrangements between the International Atomic Energy Agency (IAEA) and Iran, argued Rep. Mike Pompeo (R-KY) and constitutional litigator David B. Rivkin Jr., in an op-ed piece for the Washington Post.

Though a September 17 date has been set for Congress to vote on the Joint Comprehensive Plan of Action (JCPOA), the 60-day clock for congressional review of the Obama administration’s nuclear deal actually has yet to begin, the pair said, because the White House failed to provide lawmakers with crucial side agreements between the IAEA and Iran.

Pompeo and Rivkin, who is also a a senior fellow at the Washington, D.C. think tank, Foundation for the Defense of Democracies — that has focused heavily on the Iran deal since its announcement in July — wrote that failing to provide lawmakers with this agreement legally prevents the president from waiving or limiting sanctions on Iran. This could create legal difficulties for the Obama administration once the deal is adopted (in October) and then most likely implemented early next year.

The two called on Congress to confront the president over his failure to follow the legislative protocol he enacted. They called for a resolution declaring the president has not complied with his obligations under the act, and is therefore unable to lift sanctions against Iran.

National Security Adviser Susan Rice said late July, when the side agreement leaked, that this separate document was “secret,” but that the White House was aware of its contents and would share them with lawmakers in closed-door settings.

Pompeo, who has been leading the calls for the Obama administration to release the IAEA-Iran agreements to the public, noted in July the existence of two such side deals — one regarding weapons-related activity at the Parchin military base, where Iran may have tested detonation devices; and the other a road map for solving outstanding concerns over the possible military dimensions of Iran’s nuclear program, which have vexed the international community for more than a decade.

The former agreement concerning Parchin caused a stir when the Associated Press released a document showing that Iran would be able to provide its own evidence and environmental samples to the IAEA.