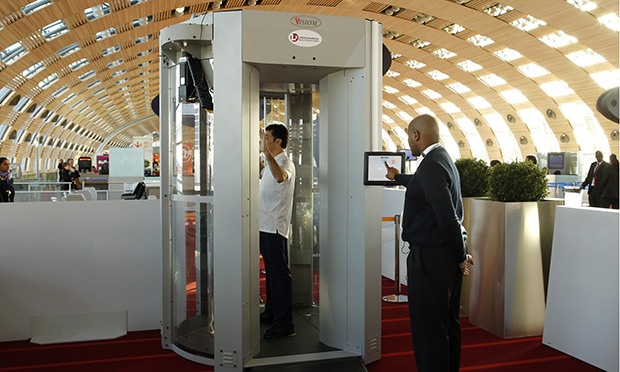 Two groups that say fear of airport security body scanners forces some would-be fliers to risk driving instead have challenged their use by the Transportation Security Administration.

Filing suit in the U.S. Court of Appeals in the District on Monday, the Competitive Enterprise Institute (CEI) and the Rutherford Institute said “because car travel is much riskier than air travel, the net result could be an increase in overall travel fatalities.”

The lawsuit stops short of calling for removal of all 789 full-body scanners now in use in 156 airports, but demands that the TSA take into account the higher risk of driving for those too frightened to endure the machines. The TSA published a new rule for full-body scanner use last month.

“Yes, we do want these machines ultimately out,” said Marc Scribner, a research fellow at the CEI. “We don’t believe they are cost effective. We could put these security funds to much better use.”

The lawsuit comes at a time when the TSA thought it had resolved past controversy over the use of airport body scanners. The matter rose to a cause célèbre, complete with Capitol Hill hearings at which members of Congress voiced outrage in 2010 when some people complained that a new generation of scanners revealed too much of their physical appearance. Though nearly two-thirds of American’s polled were okay with their use, those who weren’t were vocal with their concern.

The last of those revealing machines was removed three years ago, and the current machines use a stick figure to depict the location of anything a passenger might be carrying that needs TSA attention.

The TSA declined to comment Monday because of the pending litigation.

There is scant research to support the central contention of the CEI lawsuit.

Scribner cited a Cornell University study published in 2007 – a year before body scanners were introduced at airports – that suggested that “substitution of driving for flying by travelers seeking to avoid security inconvenience likely led to over 100 road fatalities.”

Scribner said that TSA should be required to examine the risk that driving poses versus flying for those who fear body scanners.

“If there is a possibility that people are dying on the roads because they are deterred from flying, we believe that is an important factor that the agency has to consider,” he said. “We would like the agency to have to go back to do the proper analysis.”

Scribner said that the more than one percent of passengers who opt for a TSA patdown rather than a trip through the scanner is an indication that some people remain leery of the machines.

‘When John Mica was chairman of the (House Transportation Committee) he said on the record that if he could reveal the failure rate of these machines, the American public would be outraged,” Scribner said. “Unfortunately, the research and audits that have been done on these machines are made classified.”

Scribner wants the TSA to revert to exclusive use of walk-through metal detectors now still in use at airports.

“We believe that most of what the TSA does is security theater,” he said.