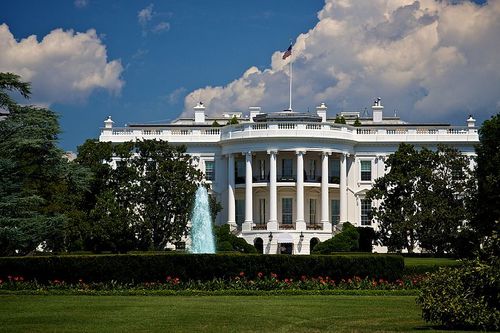 President Donald Trump has landed in Israel amid controversy over the disclosure that Israel was the source of highly classified intelligence on details of an Islamic State plot he reportedly shared with Russian diplomats – evidence, his critics say, that Trump cannot be trusted with U.S. secrets.

One problem with that: Trump did not reveal to anyone that Israel was the source of the intelligence he shared with the Russians. So how did the New York Times, which broke the news of Israel’s role, find out? According to the Times, its sources were “a current and a former American official familiar with how the United States obtained the information” who “spoke on the condition of anonymity” because they “were not authorized to discuss the matter.” NBC News, meanwhile, reported that it had confirmed the Israeli role “with three government officials with knowledge of the matter.”

Don’t take my word for it. That is the assessment of John Brennan, Barack Obama’s CIA director, who said last week that “the real damage to national security is … what was leaked in the aftermath, what was put in the media” adding that “these individuals who still stay within the government and are leaking this stuff to the press need to be brought to task.”

The same is true of the initial leak to The Washington Post that Trump had revealed details of the Islamic State plot to the Russians. When The Post broke the story, the paper noted that it was “withholding most plot details, including the name of the city” in the Islamic State’s territory “where the U.S. intelligence partner detected the threat.”

Good for The Post. But how on Earth did The Post learn the plot details? Answer: from “current and former U.S. officials.”

One U.S. official told The Post, with apparent outrage, “This is code-word information … (Trump) revealed more information to the Russian ambassador than we have shared with our own allies.”

Hello? Some rocket scientist shared more information with The Post than Trump shared with the Russian ambassador.

The U.S. official is right about one thing: All this intelligence is “code-word information” – highly classified intelligence. And the decision of these anonymous leakers to share code-word intelligence with the media is a crime that did far more damage than Trump’s apparently inadvertent disclosures to the Russians.

How many of those fulminating today about the damage done by the exposure of Israel’s role in collecting intelligence on the Islamic State were similarly outraged when the Obama administration exposed Israel’s role in the “Stuxnet” cyberattack on Iran’s nuclear program? The Times, which broke that story, quoted “members of the president’s national security team who were in the (White House Situation Room)” saying the Israelis were responsible for an error in the code that allowed it to replicate itself all around the world. The Times directly quoted one of the president’s briefers telling him, “We think there was a modification done by the Israelis” and added that President Barack Obama, “according to officials in the room, asked a series of questions, fearful that the code could do damage outside the plant. The answers came back in hedged terms. Mr. Biden fumed. ‘It’s got to be the Israelis,’ he said. ‘They went too far.’ ”

How did The Times get that information about Israel’s role in this highly classified covert action program, including the top-secret code name for the program (“Olympic Games”) and the involvement Israel? Answer: A member of Obama’s national security team intentionally exposed intelligence sources and methods. The damage this leak did – both to the operation and the trust between our two countries – was incalculable. So where was the deep concern for the exposure of this intelligence or the involvement of our liaison partner? Where were all the hand-wringers questioning whether Obama could be trusted with highly classified intelligence?

It is time for decisive action to close the sieve of classified intelligence appearing in the press. Doing so will be the job of the next FBI director. One of the advantages of Deputy Attorney General Rod J. Rosenstein’s decision to appoint Robert S. Mueller III as special counsel in charge of the Russia investigation is that it should free up the next FBI director to focus on finding and prosecuting the leakers. There is no evidence yet of any Trump-Russia collusion. But the evidence that leakers committed crimes is there, in black and white, on the pages of the Times, The Post and other news outlets.

Brennan is right. These leakers need to be brought to task. Because they, not Trump, are the ones who cannot be trusted with sensitive intelligence.

Leave a Reply to Leaker's must be stopped Cancel reply