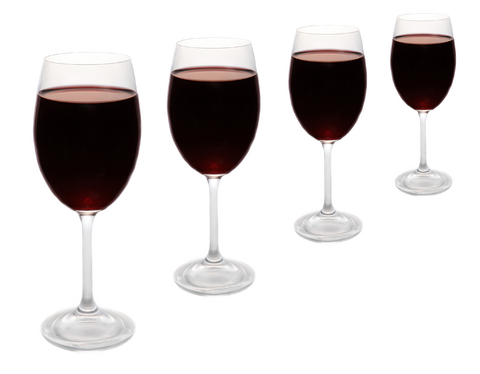 One is obligated to lean back while drinking the four cups of wine at the Seder. A problem arises when the cup is full to the brim and one cannot immediately lean back until one has sipped some of the wine. After some wine is consumed, it is possible to lean back without spilling wine on one’s clothing.

Is such a cup of wine considered a kos pagum? A kos pagum is a cup of wine that is unfit for Kiddush or birkas hamazon because a person drank from the cup. Does the person render his cup of wine a kos pagum when he drinks from the kos a little bit before leaning back? If it does, how can he be yotze the mitzvah? The Shulchan Aruch in siman kuf peh bais, seif zayin writes that b’dieved one is yotzeh with a kos pagum. It is difficult to think that we are all doing the mitzvah in a b’dieved fashion!

One may try to clarify that the din of a kos not being pagum is a din that applies while one is making the brachah. The moment one finishes the brachah, there would be no problem of pagum. This does not concur with the Shulchan Aruch in siman resh ayin alef that paskens that when one makes Kiddush he should pour off for the rest of the family before drinking so that everyone can partake in Kiddush from a kos shaleim and not a kos pagum.

Since the inyan of pagum is a din in Kiddush, one may be yotzeh the heseiva part even if the kos is ultimately pagum.