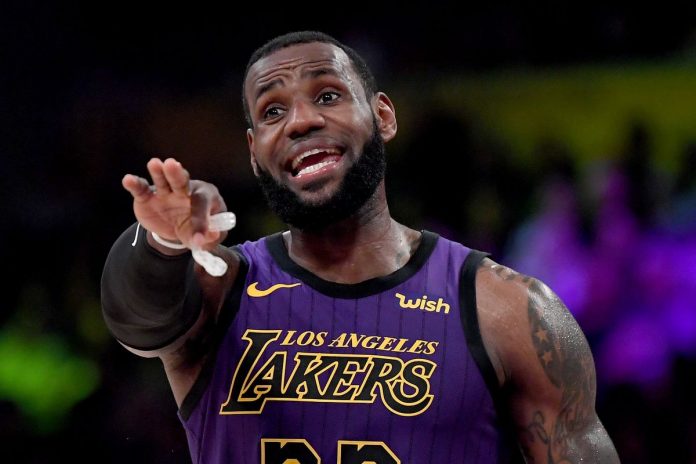 James, one of the most famous basketball players in history, posted a selfie with the caption: “We been getting that Jewish money. Everything is Kosher.” The words are lyrics from rapper 21 Savage’s song “ASMR.”

Once James found out the lyrics are indeed anti-Semitic, he immediately apologized.

“Apologies, for sure, if I offended anyone,” James said in an interview with ESPN’s Dave McMenamin. “That’s not why I chose to share that lyric. I always [post lyrics]. That’s what I do.

“I ride in my car, I listen to great music, and that was the byproduct of it. So I actually thought it was a compliment, and obviously it wasn’t through the lens of a lot of people. My apologies. It definitely was not the intent, obviously, to hurt anybody.”

Using the “Jewish money” sentiment is one of the oldest anti-Semitic tactics of all-time. Even when disguised as music lyrics, it is still used today by many hate groups that attack Jewish people. “Jewish money” is indeed a way of expressing hate against Jews for being successful in areas other people don’t see the same level of success.

James claims that he had didn’t understand the rhetoric that is commonly used by that term. He believed it was a compliment.

Sports Illustrated reporter Michael Rosenberg penned a column on Monday calling out James for his actions, asking readers what they would do if James had said that at their dinner table.

“You might scream, say you were offended and disgusted, and tell him this is a double-standard—that Jews deserve the same respect he expects other groups to receive, and offensive is offensive, no matter who the offended group is,” Rosenberg wrote. “You might say he claims to be the champion of those who need a champion, of disenfranchised African-American kids all over the country, and that’s wonderful, but he hurt his causes here.”

In James’ mind, though, as Rosenberg points out, he might have very well meant that he thought the phrase was a compliment. After all, many NBA owners and executives are Jewish.

“Once again, I call on fellow Democrats to open their mouths. So far, there’s been no outcry — just a whimper. If these slurs came from the political Right, they’d be tagged for what they are: classical anti-Semitism without even the smokescreen of an anti-Israel agenda. Wake up, fellow Democrats. We need one standard for everyone. As Dr. Martin Luther King warned us, ‘Injustice anywhere is a threat to justice everywhere,’” Hikind said.

James, according to several reports, will not be fined or suspended by the league.