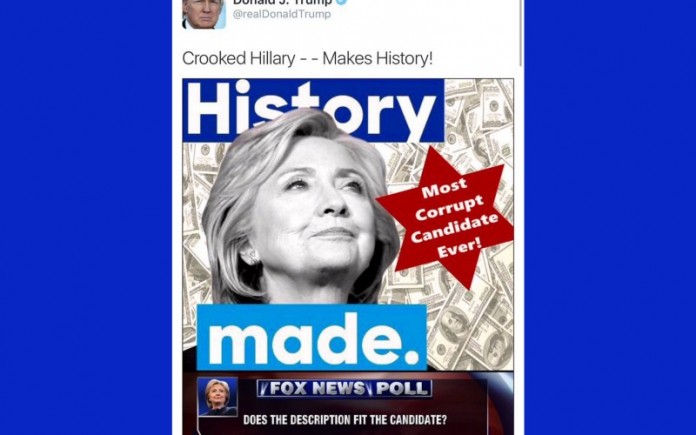 Donald Trump tweeted on Monday that the six-pointed star on his controversial anti-Hillary Clinton ad was actually a star meant to represent law enforcement. “Dishonest media is trying their absolute best to depict a star in a tweet as the Star of David rather than a sheriff’s star, or a plain star!” he wrote. Read more at Politico.

Corey Lewandowski, Trump’s former campaign manager, said Sunday in an on-air interview: “The bottom line is this is political correctness run amok,” Lewandowski said. “If this were to be a star next to Hillary Clinton without the cash behind it, no one would be questioning this.” He added, “This is the same star that sheriff’s departments all over the country use to represent law enforcement. You’re reading into something that isn’t there.”