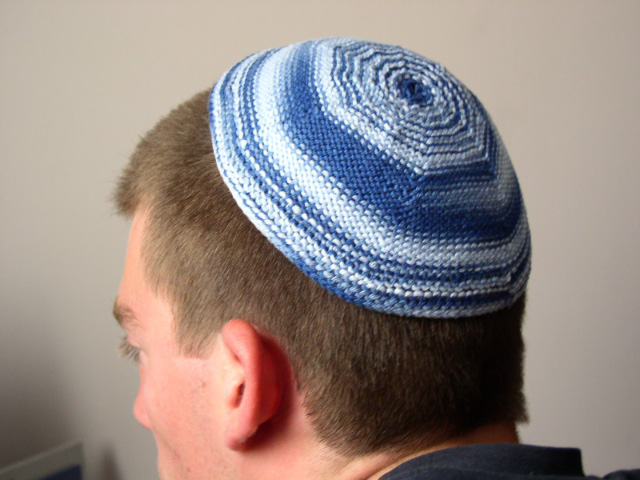 Liberal Orthodox rabbis are shooting the new Haaretz article rapid-fire through the world of social media, assuming it will help their cause and will damage the image of the Israeli Chief Rabbinate. The Haaretz article is entitled Rabbi of World’s Largest Orthodox Synagogue Accuses Israel’s Rabbinate of Blasphemy, and it bears the subtitle: “Appearing before a Knesset committee, Rabbi Adam Scheier calls his blacklisting by the Chief Rabbinate an ‘irresponsible’ act that has diminished his reputation in Canada.”

The article proceeds to explain that Rabbi Scheier’s name appeared in a list of 160 rabbis whose letters attesting to people’s Jewishness, for the purposes of marriage in the State of Israel, were rejected by the Rabbanut (the Chief Rabbinate). At a special Knesset session convened by MK Elazar Stern of the Yesh Atid party (which is largely perceived as an anti-religious party) , Rabbi Scheier related that the Rabbanut rejected a letter he had written attesting to a young woman’s Jewish and single status, and that the Rabbanut failed to contact Rabbi Scheier about the matter:

But they never even called me. Then later, they suggested it was another issue. But again they didn’t contact me – and I am the easiest person in the world to find.

The Rabbinate has eroded my own community’s trust in my reliability. This must end. The bureaucracy and exclusionary practices do not meet the basic standards of decency and professionalism.

Rabbi Scheier presents the issue in the role of victim, portraying the Chief Rabbinate as the faulty party and himself as the well-intentioned and just party who was wrongly injured and smeared. While one cannot defend any possible lack of professionalism, decency and efficiency on the part of the Rabbanut’s clerks – or on the part of any other government office – Rabbi Scheier’s allegations of absence of proper protocol and derech eretz (courtesy) are a wholesale diversion of the real issue.

What Rabbi Scheier failed to disclose in his comprehensive condemnation of the Rabbanut for rejecting his letter was that – believe it or not – there may have been some pretty good reasons for the Rabbanut to have been uncomfortable with him. For example, Rabbi Scheier hired and retains an ordained, female clergy member at his synagogue; she is involved with International Rabbinic Fellowship (as is he) and with Jewish Orthodox Feminist Alliance – both organizations that are outside of mainstream Orthodoxy. Rabbi Scheier’s wife is a rabbi, and he himself was ordained by an Open Orthodox rabbinical school which is affiliated with the school that ordained his wife and his synagogue’s female clergy member.

Ordaining women for the rabbinate and hiring female clergy are in violation of the rulings and policies of the generation’s foremost halachic authorities and preeminent rabbinical organizations; please see here, here, here, here, here and here. Rabbi Scheier is also a Senior Rabbinic Fellow of the Shalom Hartman Institute, which is a pluralistic organization whose policies are outside of standard Orthodoxy.  This all does not speak well for Rabbi Scheier in terms of normative Orthodox identification.

These factors would give pause to any mainstream rabbinic body. So let’s please stop depicting the Rabbanut as acting capriciously and illogically, and consider the fact that perhaps there are some pretty good reasons for its concern. Rabbi Scheier is most likely a very fine and caring person, but the issue here is one of normative Orthodox identification and comportment.

The Haaretz article invokes the words of Rabbi Shlomo Riskin of Efrat, who argued that “the Rabbinate recognize automatically all Orthodox congregational rabbis.” Rabbi Riskin seeks for the implementation of a standard that is basically no standard, as rather than vet and investigate the competence and merits of each rabbi – something one would hope and expect the Chief Rabbinate would do, just as we would demand of any oversight body regulating sensitive issues – Rabbi Riskin seeks to have the bar lowered beyond belief, abdicating any real sense of responsibility for quality control.

Rabbi Seth Farber, the founder and executive director of ITIM, an organization that assists individuals in navigating Israel’s religious bureaucracy, provided updated figures showing that the Rabbinate continues to reject many rabbis from abroad.

“Over the past year, 627 individuals who applied to marry in Israel had their rabbinical letters of certification rejected,” he said. “That’s one in every four.”

Rabbi Farber maintains that the Chief Rabbinate should accept halachic testimony from Reform and Conservative clergy – rabbis who do not believe in, accept or observe Halacha. Nearly all of the 627 letters referenced by Rabbi Farber were written by Reform or Conservative clergy, but Rabbi Farber, while claiming to be an Orthodox rabbi, complains that the Rabbanut unjustly rejected those letters of testimony from non-Orthodox rabbis (!).

Please carefully read this article, documenting Rabbi Farber using false data and materially misrepresenting information, in order to malign the Chief Rabbinate and accuse it of that which it did not do. Rabbi Farber and others have an agenda-driven campaign to discredit and dismantle the Rabbanut, lobbying and pressuring for lower standards or no standards, rather than for reliable and tight standards that assure unquestionable adherence to Halacha.

It is always easy to play the victim; it is not always so easy to tell the truth.