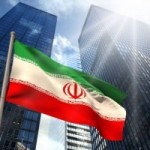 As the deadline for the vote on the Iran deal looms closer and closer, New Yorkers will be taking to the streets in a large rally against the deal with Iran. The rally will take place in front of the offices of Senator Chuck Schumer and Senator Kirsten Gillibrand on 49th St. and 3rd Ave, Tuesday September 1st Between 5:30-7:30.

Feelings run deep as Senator Gillibrand has already expressed her support for the deal with Iran despite having the largest Jewish constituency in the Nation- a constituency that has strongly objected to this deal; her announcement came as a slap in the face to members of the Agudas Yisrael of America and AIPAC who have discussed their objections to the deal with her less than twenty four hours prior to her shocking announcement.

Critics of Gillibrand also note her being the beneficiary of several Iranian-tied financial contributions.

Earlier this summer, organizers of the Stop Iran Rally drew more than 12,000 people to Times Square in a similar rally, calling on elected officials to reject a bad deal with Iran. The rally drew worldwide attention and had inspired others to rally against the deal around the Nation.

Concerns about the deal with Iran (otherwise known as the JCPOA), have deepened since June as details about “side deals” between Iran and the IAEA emerge; these deals will allow Iran to conduct its own inspections on its nuclear sites.

Organizers look forward to a large crowd and hope to see the Jewish community mobilize and attend this important rally.