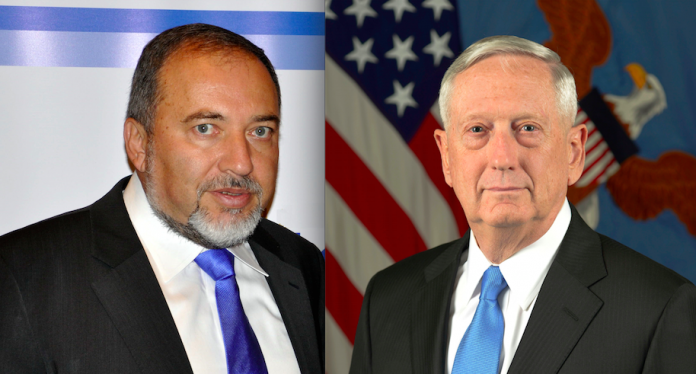 Israeli Defense Minister Avigdor Lieberman had his first official meeting with his new American counterpart, Secretary of Defense James Mattis, on the sidelines of the Munich Security Conference, where the Israeli defense chief told Mattis that the three main problems Israel faces is “Iran, Iran and Iran.”

During their meeting Friday, Lieberman called for the creation of a “real and effective” anti-Iran coalition that would address “the terrorism that [Iran] sends out to the world, the missile development it has been working on and its race to nuclear armament,” according to a statement from Lieberman’s office.

Liberman also said Iran and North Korea are part of the same “axis of evil” that includes “Hezbollah and the [Bashar] Assad regime in Syria.”

The defense chiefs agreed to maintaining an “open and frank” line of communication to improve cooperation. They had previously spoken Jan. 26, shortly after Mattis was confirmed by Congress. In the first conversation, they stressed the need to “advance the U.S.-Israeli defense relationship” and maintain “Israel’s qualitative military edge.” JNS.ORG