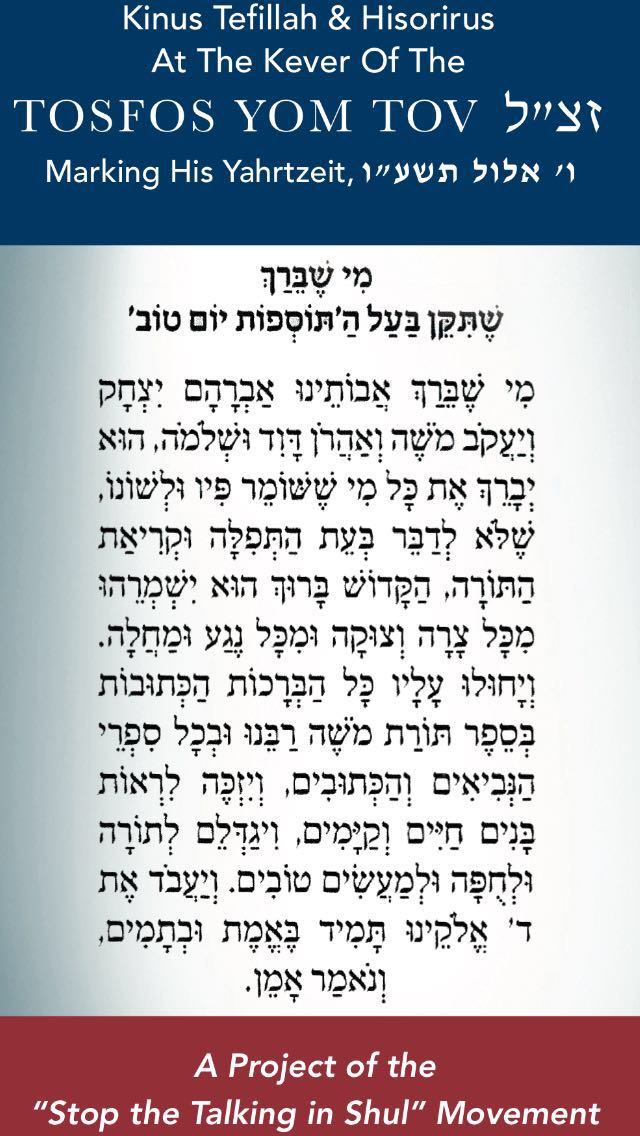 The following song is presented by the No Talking in Shul movement in honor of the yahrtzeit of the Tosafos Yom Tov, Rav Yom Tov Lipman Heller zt”l.

The Tosafos Yom Tov, after the Gezeiros Tach V’Tat, famously wrote a Mi Shebeirach that states: “May Hashem….bless he who guards his mouth and tongue from talking during prayer…”

The Tosafos Yom Tov brought attention to the importance of remaining silent in a house of tefillah. He attributed various tragedies to those who were not vigilant in this regard.

The following song was written and composed by Motty Illowitz, sung by Shauly Waldner and the Mezamrim Choir, and arranged by Ruli Ezrachi.