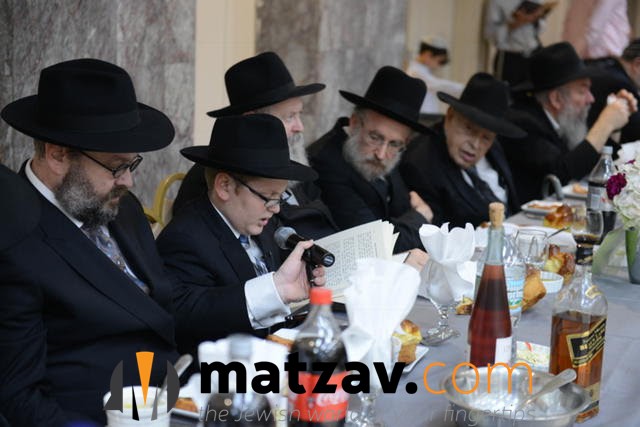 This past Sunday, the bar mitzvah of Moshe Yitzchock Kaploun, son of Rabbi Yehuda Kaploun and his wife Dr. Lea Kaploun of North Miami Beach, was held. Moshe attends the Klurman Mesivta in Miami Beach.

In honor of the bar mitzvah, a sefer Torah was dedicated in memory of Moshe’s great-grandparents, who had been pillars in their respective communities in Israel, Australia, Canada and United States. The Sefer Torah was completed and dedicated in their memory. The Torah writing was completed by Rabbi Shmuel Klarberg of Passaic. In his comments, Rabbi Yehuda Kaploun explained that he could think of no greater way to memorialize both his and his wife’s grandparents.

Among the attendees and participants in the bar mitzvah were Rav Yisroel Dovid Schlesinger of Money, Rav Yakov Berl, Mashgiach of Yeshiva Kol Torah, Rabbi Yehuda Krinsky of Lubavitch,  and Rabbi Sholem Hecht, both great-great-uncles, Rabbi Yosef Hecht, chief rabbi of Eilat, and Uri Kaploun, noted translator and author of the newly updated book, Avraham Avinu of Australia, which was republished in honor of the bar mitzvah and was distributed to each of the guests.

In his comments, Rav Schlesinger noted the deep tradition of community service that can be found on both sides of the family spanning many generations and the responsibility of the bar mitzvah boy to continue the Chessed which his parents are noted for, and uphold the traditions of his family. The Kaplouns, the Greenbergs, the Hechts and the Berl families are recognized around the world for being active in Tzorchei Zibbur.

Rabbi Yaacov Kaploun spoke about the family’s involvement in establishing the Moses and Aaron Foundation and the Chazak concerts, and the role that Rabbi Yehuda Kaploun played in being a driving force in these efforts,

Guest attending received a CD with a song composed and produced by noted philanthropist Shlomo Yehuda Rechnitz, a friend of the family, in honor of the celebration.

Rabbi Yehuda Kaploun, the last speaker at the Bar Mitzvah, spoke passionately to his son about the expectations and responsibility he now bears of upholding the family traditions of Torah and Gemilus Chassodim, and never backing down from the challenges he will face growing up in today’s society.

PHOTOS OF THE BAR MITZVAH: 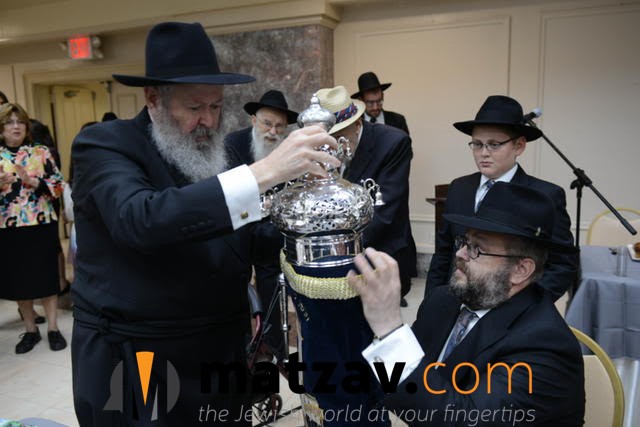 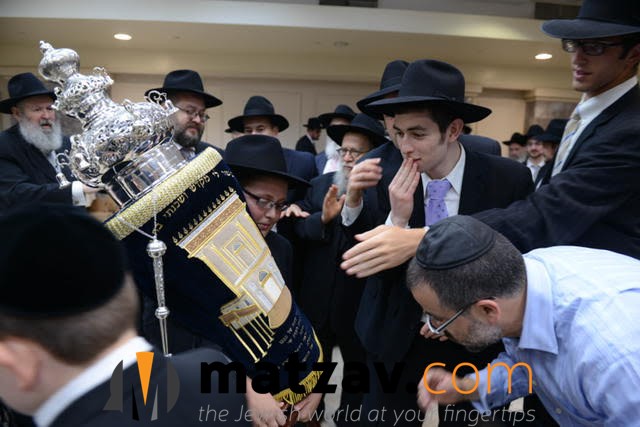 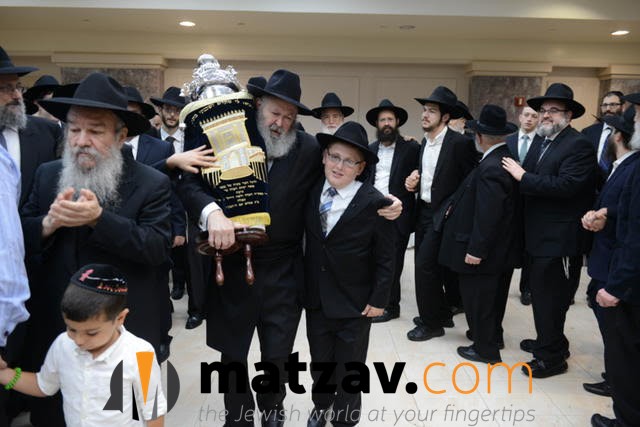 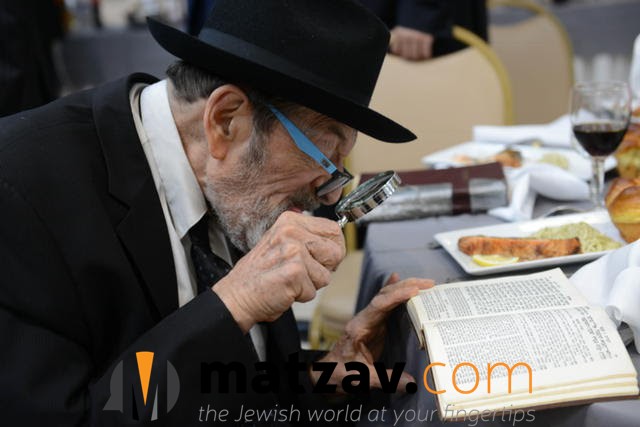 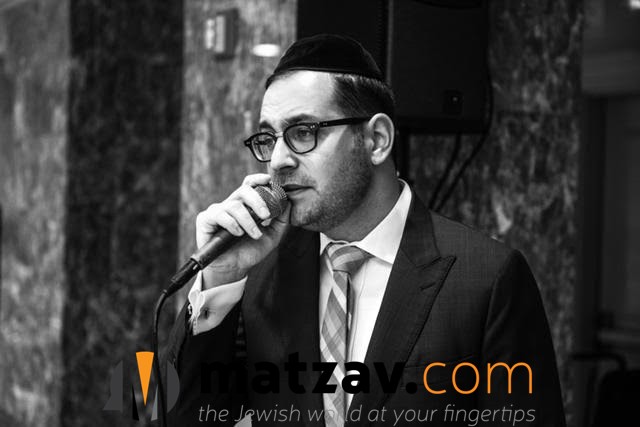 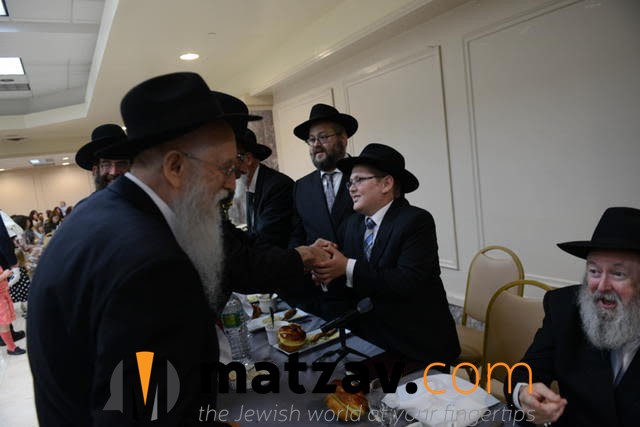 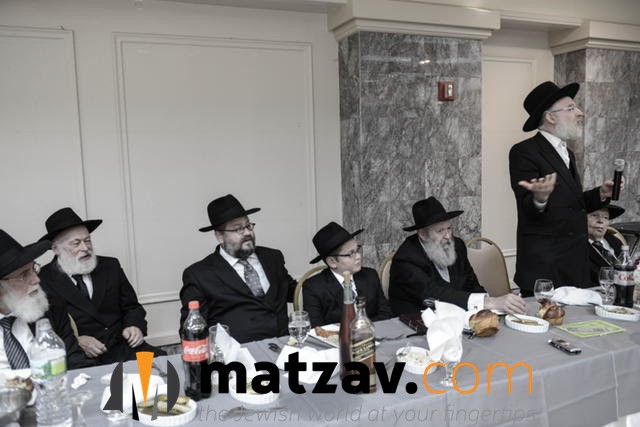 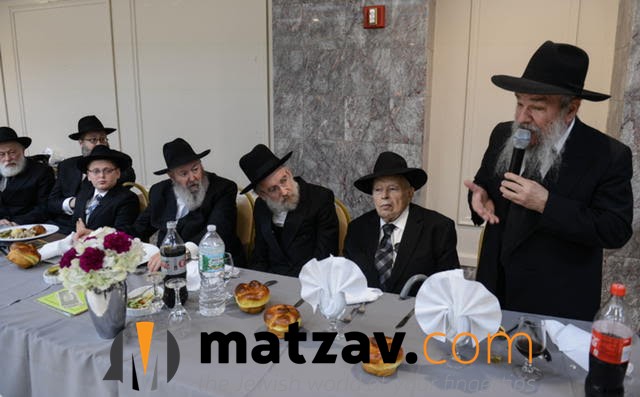 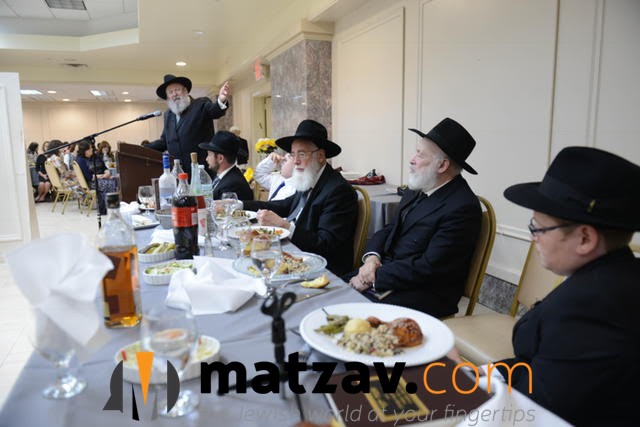 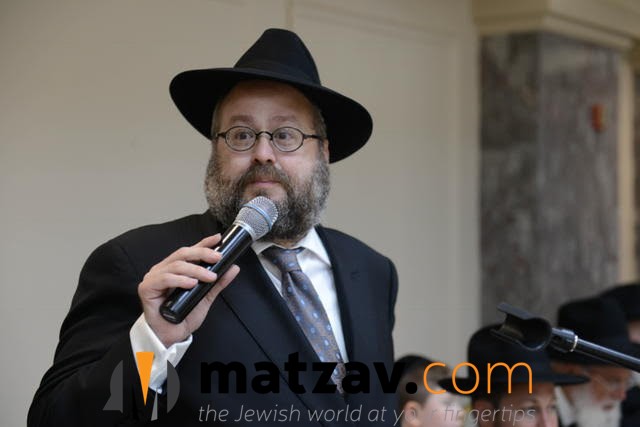 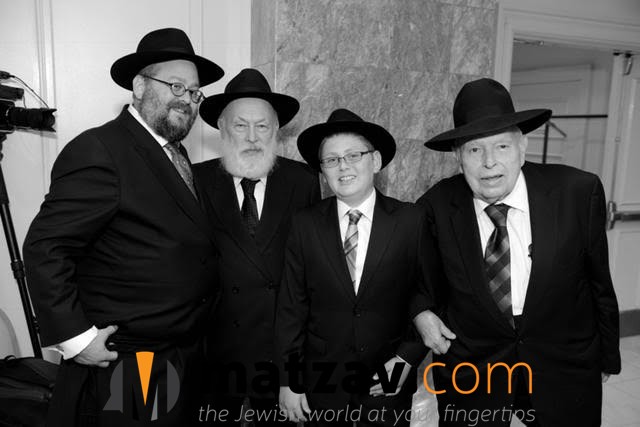 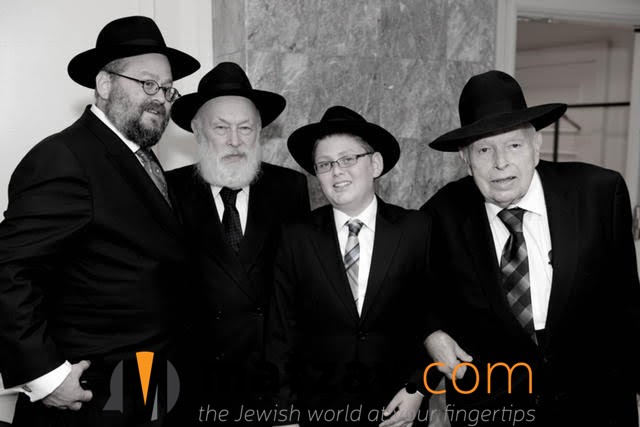 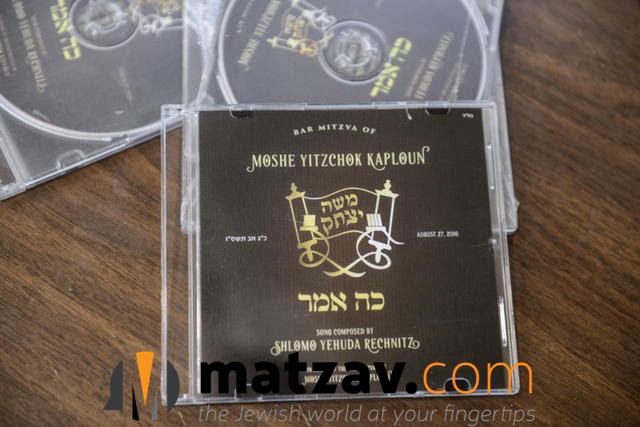 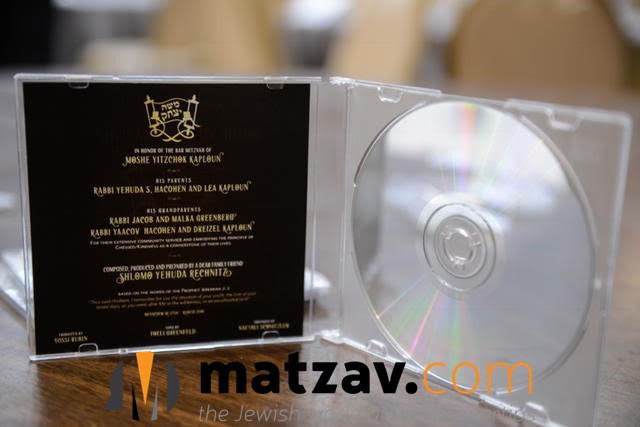 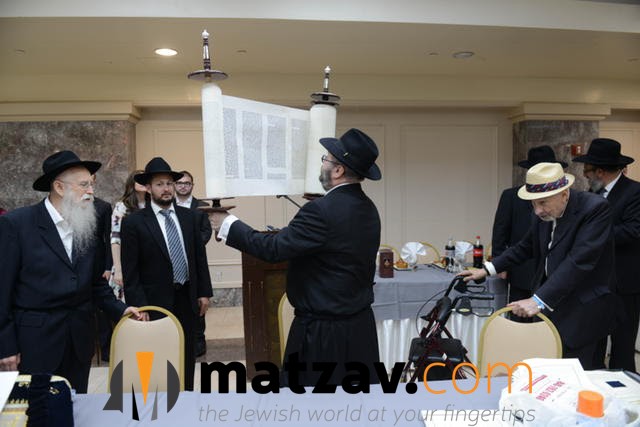