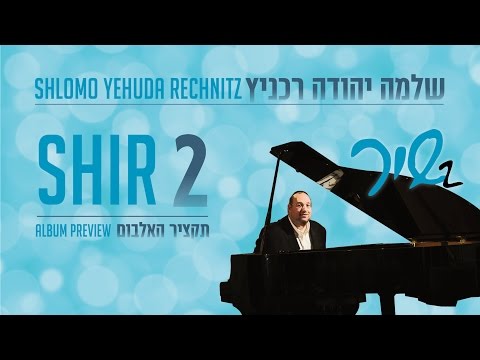 There is no need to introduce the hit songs “V’searev”, “Etz Chaim” or “Im Hashem Lo Yivne Bais”.. All these and many more hit songs were released last year in the album “Shir” all composed by Shlomo Yehuda Rechnitz, who has emerged as one of the top composers today in Jewish music.

So raise the volume and let this album take you far away to the genuine Yiddishe Ta’am echoed in our original style of Niggunim that always had a way of pulling at the strings of our Neshamos.

The album will be available this week at your local Jewish outlet store, and all profits will be distributed to “Oorah”, an important Kiruv institution that is deserving of our support.

LISTEN TO THE ALBUM SAMPLER: