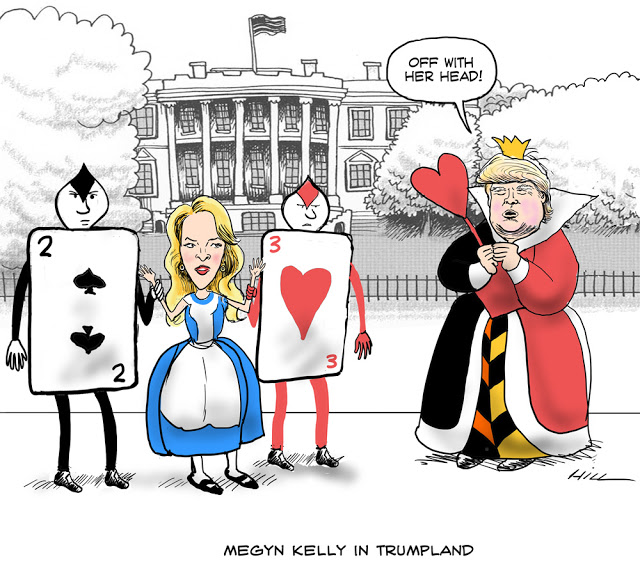 LISTEN TO THE FULL INTERVIEW HERE.

Greeting her viewers from what appeared to be the bridge of a spaceship made of nutrition-free marshmallow, Fox News Channel’s Megyn Kelly made an awkward and unimpressive landing with her first hour-long interview special Tuesday night on the Fox network. “Let’s just dive right in,” she said, and then proceeded to never dive into much of anything, even during her ultra-hyped interview with Donald Trump, the presumed Republican presidential nominee.

Neither groundbreaking nor especially informative, “Megyn Kelly Presents” hoped to fill the void left behind by decades of similar newsmaker-interview shows from ABC’s Barbara Walters. Perhaps someday it might, but to get there, Kelly is going to have to learn about listening, and, wherever possible, resist the urge to bring attention to herself.

Going back to Trump Tower all but insured a ratings hit for Kelly’s premiere, given her recent history with the candidate. (As we all know and most of us would like to forget, Trump crassly expressed his displeasure with her line of questions last summer during one of the seemingly hundreds of debates leading up to the GOP primaries, unleashing his loyal army of uglies on her via Twitter.)

Kelly arrived with questions, a few of them somewhat good: Has Trump made any mistakes in this campaign, anything he wishes he could take back? Has anyone in his life ever hurt him emotionally? Is he setting a bad example for America’s children, whose parents are constantly reminded not to become bullies? These are things one can imagine Walters asking in a soft-focus setting.

Trump, to no one’s surprise, came with his usual array of incomplete sentences, unfinished tangents and an obfuscating lack of specifics. Entirely too much time was given over to Kelly and Trump rehashing their spat, with editing so choppy that you couldn’t even trust the hidden meaning in their eye-contact and attempts at frenemy rapport. It’s certainly not news to anyone at this point that the only thing Trump is good at talking about are his ratings, his number of social-network followers and the size of the crowds at his appearances. Granting this interview, of course, will simply serve as another way for him to measure his popularity.

Moving on to her next subjects, Kelly promised one more nugget of Trump saying something revealing at the end of the show (stay tuned!), but it turned out be just more hype: Trump sort of admitted he was watching Kelly and her Fox News colleagues even when he claimed to have been boycotting the channel. Big whoop.

The only thing made clear by “Megyn Kelly Presents” is that corporate media synergy is no longer self-regulated or even remotely thoughtful; Kelly’s last words to her viewers were spent crassly plugging her forthcoming memoir. Consider the ways the Disney/ABC empire routinely proves how adroit they’ve become at cross-marketing their properties, even on once-sacrosanct news shows. Look at how Comcast’s NBCUniversal has also reached new levels of corporate onanism.

Now Fox, the broadcast network that for so many years offered prime-time programming that ran counter to the conservative, partisan horns so clearly and loudly blown on Fox News Channel, is deliberately (and unwisely, I think) mixing its nuts. I guess the only good news here is the mothership’s recognition that Kelly is the only bet for crossover appeal. In other words, we should be grateful that the big idea here wasn’t called “Sean Hannity Presents.”

LISTEN TO THE FULL INTERVIEW HERE. 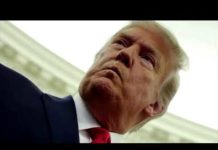 Watch: President Trump Won’t Say If He Has Confidence In AG Barr