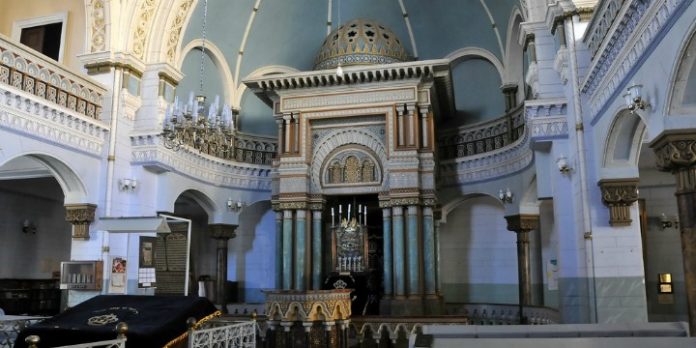 The Lithuanian Jewish Community (LJC) has closed Vilna’s only shul and shut down its own administrative building in the face of antisemitic threats from right-wing nationalist elements.

In a statement, chairwoman of the LJC Faina Kukliansky said, “In order to insure the safety of members of the community and worshipers and without any indication that the proponents of this escalating provocation will be called to discipline or account publicly, in cases where the law provides for this, the LJC has been forced to make the painful but unavoidable decision to close the LJC building and the Choral Synagogue in Vilnius for an indeterminate period.”

Tensions have been high in Lithuania in recent months over the removal of a plaque honoring Nazi collaborator Jonas Noreika and the renaming of a street named after Kazys Škirpa, another Nazi ally. Both men are regarded as heroes by Lithuanian nationalists.

In her statement, Kukliansky appeared to refer to the Homeland Union party as a major factor in the decision, speaking of “the continual, escalating publicly-expressed desire by one political party for recognizing perpetrators of the mass murder of the Jews of Lithuania as national heroes and the demand these people be honored with commemorative plaques and by other means.”

“Antisemitic comments and inscriptions which are posted to social media pages of political parties and their leaders are being tolerated and go unpunished,” she added, “which makes us wonder even more whether we are safe or not.”

“In this atmosphere of rising tension and incitement to more tension, neither the LJC nor the synagogue in Vilnius have the means to ensure the safety of visitors, including Holocaust survivors and their families,” she noted.

“We underline the fact that up to the present time we have not seen any reaction by any institution to the escalating discord,” Kukliansky went on to say. “We would like to hear the opinion of the leaders of Lithuania and to hear a firm position on whether public propaganda in favor of honoring Holocaust perpetrators will continue to be tolerated in Lithuania.”