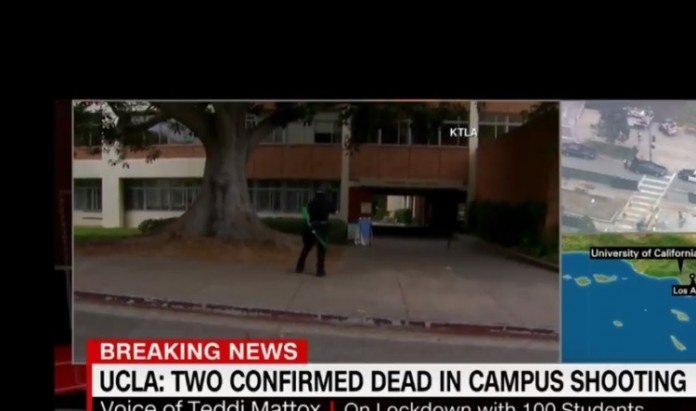 At least two people were killed in a shooting at the University of California, Los Angeles on Wednesday morning, police said. The campus remained locked down for an hour due to what police called an active shooter situation, drawing local officers as well as federal law enforcement officials to the university.

The Los Angeles Police Department said shortly after 11 a.m. local time that two people were killed. Authorities said they did not have any immediate information on the shooter.

In a statement posted online, the university said police had reported finding two victims of the shooting in an engineering building.

The incident began a few minutes after 10 a.m. local time, according to Tony Im, a spokesman for the Los Angeles Police Department.

The LAPD and FBI both said they were responding to the scene. Agents from the Bureau of Alcohol, Tobacco and Firearms are also responding.

Campus officials warned students to stay where they are until more information is available.

The public university has 43,000 students on its Los Angeles campus. The main commencement ceremony is June 10.

University spokespeople did not immediately respond to requests for information.