Her departure will be no surprise considering her loss to Shaul Mofaz in the party’s leadership vote last month.

Livni’s peak in her relatively short career in politics was her inheriting the temporary role as Interim Prime Minister after Ehud Olmert resigned under pressure of a string of allegations of bribery and abusing public trust. He has been indicted on some of the charges and still awaits trial.

Livni led the government for three months before new elections were held and quickly began a down hill ride. Her party managed to garner one more Knesset seat than the Likud in the elections, but she failed to put together a ruling coalition, leaving the way for Likud leader Binyamin Netanyahu to become Prime Minister.

She saw her role as Opposition leader as railing against the coalition on virtually every issue, even those that Kadima once supported.

Her uninspiring oratorical style did little to attract supporters except for frequent interviews on Israel broadcast Authority’s flagship Reshet Bet station, which along with other mainstream media has been almost solidly slanted against Prime Minister Netanyahu.

Now that elections later this year have become a foregone conclusion, Livni probably will announce her retirement in order to leave the way clear for other leaders to emerge. All polls have shown that if elections were held today, Kadima would lose approximately half of its strength. 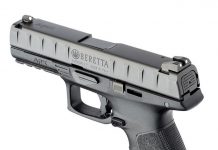