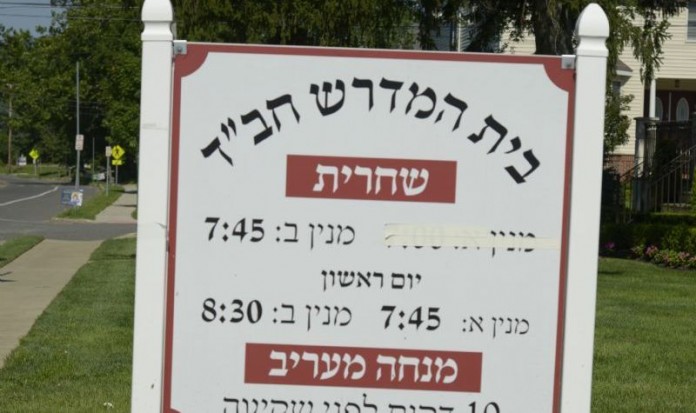 By all rights, Yossi and Sarah Shidler should have easily been able to afford a house, in the not so distant future. Owners of a successful business, the young couple earn a modest living, don’t live extravagantly and with just two young daughters, they aren’t paying daunting yeshiva tuition bills.

Yet like so many others in Crown Heights, the Shidler’s found themselves spending so much on rent and day care that buying a house was fast becoming an impossible dream. Faced with a choice of staying forever in a cramped apartment or moving out of Brooklyn, the Shidlers decided to take the plunge and join the growing number of Lubavitch families that call Lakewood, New Jersey home.

Once a small town centered around the famed BMG yeshiva, over the past decades Lakewood has blossomed into a full-fledged city as frum families of all stripes, Litvish and Chassidish, continue to join its ranks. Drawn by the vast infrastructure of conveniences and the affordability of housing, Lakewood has become the fastest growing town in Ocean County. With a current 1,600 new houses in development, the population is expected to reach 300,000 by 2020.

“We were paying a significant portion of our monthly income to rent an older 2 ½ bedroom apartment in Crown Heights and next year we would be paying $1,500 a month for child care,” said Shidler. “In Lakewood, our rent drops over $400 a month for brand new (kosher-designed) five bedroom house. Day care will cost $800 a month less than in Crown Heights.

“This is a substantial savings” reflects Shidler, the total amount could easily exceed $15,000 annually.” “With Hashem’s blessing, we can start a savings fund so that one day, we can purchase a home.”

The Shidlers considered several options as they began to hunt for a new home base. They had heard of small Chabad communities that had popped up in towns like Kingston, Pennsylvania and Hillsside, New Jersey but rejected both.

“One was a bit far and the other still couldn’t offer the conveniences of an established Jewish community,” remarked Shidler. “If we wanted to take our kids out for a slice of pizza it would have meant driving 20 minutes each way. It just didn’t make sense for us.”

Monsey was another attractive option but Lakewood offered an advantage that was hard to resist: a ready supply of houses custom built for Orthodox Jewish families that were available for purchase or rent at reasonable prices.

A brand new 4000 sq. ft. home with 5+ bedrooms on a quarter acre lot with a finished rent-able basement start for around $500,000. Smaller older homes (also on a large lot) start at around $350,000. In Toms River, which borders Lakewood (and is currently home to about 150 frum families, 3 shuls and a Chabad house run by Rabbi Moshe Gourarie) costs even less but sits on 1 full acre, and often includes a pool. A new 5 bedroom house rental goes for around $2,000 a month and a brand new 3 bedroom basement for around $1200 or less.

Still, Shidler admitted that he was hesitant about putting down roots in Lakewood. While there was no doubt that the town had a thriving Jewish community and it gave Shidler the proximity he needed to New York City for his photography business, he had yet to hear of anyone from Crown Heights relocating there.

All that changed one Shabbos when Shidler spoke to a friend who was currently living in Lakewood.

“I was telling him that I have a good business but I still can’t manage to save any money because the cost of living in Brooklyn is so high,” recalled Shidler. “He suggested Lakewood, telling me that there were already about 25 Chabad families there as well as a Chabad shul and a Rov, who is a renowned Talmid Chochom, Horav Nochum Grunwald.”

Sharon Fogel has been living in Lakewood for 13 years and her husband was among the founders of the town’s Chabad shul on Central Avenue (together with Reb Shmulik Rabinowitz), which draws a full house every week. Many of the regulars are not Chabad Chassidim but they enjoy the unique Chabad atmosphere.

Over the years Mrs. Fogel has seen several Chabad families moving to Lakewood and she hopes that the trend will continue. Her children attended local schools during their elementary school years and have moved on as they have gotten older. Fogel’s high school daughter goes to Bais Chaya in Coral Springs, Florida.

Chabad in Lakewood offers a full roster of programming including several weekly Chassidus shiurim as well as farbrengens marking the special days in the Chabad calendar.

With the continued influx of Chabad residents, Chabad of Lakewood plans to break ground for a new shul in the near future and plans to continue offering even more services including the establishment of a N’shei as well as programs for the children.

The fact that there are currently no Lubavitch schools in Lakewood poses no problem, according to Rabbi Gourarie.

“Before we moved here I called people to find out about the schools and any shluchim within a 50 mile radius were sending their kids to Lakewood for school,” said Rabbi Gourarie. “They said that the schools go out of their way to make everyone feel at home and that no one felt that they were in any way considered to be different.”

“There are close to 20,000 frum families here, and they keep coming. Belz already has an entire development and they have their own school,” said Shmuly Mandelbaum, a Lubavitcher who has been living in Lakewood for 15 years. “Rachamstrivska and Skver also have their own schools and if enough Chabad people move in then there is no doubt that there will be a Chabad school here too.”

Designated frum commuter busses from Lakewood to Manhattan give residents the ability to travel to work without having to negotiate traffic, while having a minyan on the bus means that commuters can put their travel time to good use. There is also a frum bus that goes to Borough Park and Flatbush and back about 10 times a day.

Combined with dozens of reasonably priced Kosher supermarkets, restaurants, frum clothing stores, relatively affordable housing and a vast assortment of shuls and schools, Lakewood seems to have it all. A simple pie of pizza is $10 here, compared to a staggering $18 in Brooklyn.

“It’s affordable living at reasonable prices,” said Mandelbaum. “You get the benefits of out of town life plus the advantages of living in an established community.”

Shidler, a native of Denver, embraced life in Crown Heights, the epicenter of Chabad, but both he and his wife are excited to take their place and become part of the fabric of the Lakewood community and hope that others will follow in their footsteps.

“We dream of a Lakewood that has a Lubavitch community of the likes of Monsey,” Shidler expressed. The Shidlers are the fifth Chabad family to move to Lakewood this year and Shidlers business, CJ Studios, will continue its operations out of Crown Heights.

“This is a gigantic move upwards for us,” said Shidler. “We have proximity to the city when we need it, Crown Heights is an hour and twenty at non peak traffic hours. More importantly though, we will finally be able to breathe a little. We will have space for our family, the ability to start saving money and an opportunity to host a lot of guests. Who could ask for anything more?”