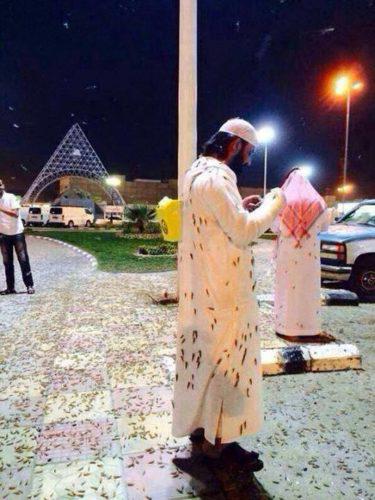 The holiest site in Islam has been hit by a plague of locusts, forcing cleaners into action to drive the insects out.

Footage shared on social media showed the insects swarming around the Great Mosque in Mecca, which hosts millions of Muslim pilgrims every year. Another shot shows the insects covering the walls of the mosque as they swarmed across the site.

Mecca authorities shared pictures on Twitter of the cleaners, wearing face masks, spraying insecticide as they tried to decontaminate the site.

Officials said the insects had been identified as ‘black grasshoppers’, according to CNN’s Arabic website.