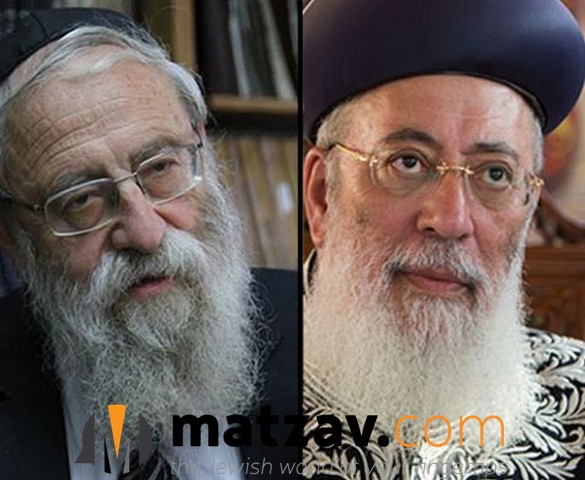 The neighborhood of Ramot is at the center of a dispute as to when to celebrate the holiday of Purim.

Among the rabbonim of the northwest Yerushalayim town, there is a substantial machlokes, so the question was put forth to Yerushalayim Ashkenazi Chief Rabbi Rav Aryeh Stern, who said that residents should celebrate Purim on the 15th of Adar.

Rav Stern said that this is the accepted custom and the custom followed by the Israeli Rabbanut.

In contrast, Yerushalayim Sefardic Chief Rabbi Rav Shlomo Amar said that the Megillah should be read in Ramot on the 14th of Adar with a brachah and on the 15th of Adar without a brachah.

“In truth,” said Rav Amar, “since there are those who think that this is a machlokes, I was going to avoid saying anything on the matter, but I was appointed as the rov of the holy city, and I must say my opinion of what I understand the halachah to be…

“In any locale that is subject to a dispute, the Rambam and the Shulchan Aruch say, one should read on the 14th with a brachah and on the 15th without a brachah. Is there anyone in the world who would say that this is not a safeik?”

Rav Amar noted Chacham Ovadiah Yosef’s opinion on the matter, which is to read the Megillah on the 14th with a brachah and on the 15th without a brachah. Rav Ovadiah holds that Ramot residents should say Al Hanissim on the 15th too.

“According to most authorities,” said Rav Amar, “those who do the mitzvos hayom [only] on the 15th are not yotzeh.”