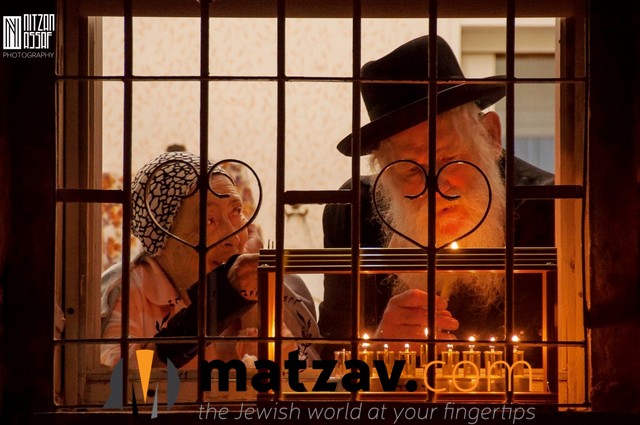 It is with great sadness that we report the passing this evening of Rav Yitzchok Eliezer Militzky zt”l. He was 82.

Rav Militzky was born on 9 Teves, tof reish tzadi dalet. His father, Rav Chaim Cheikel Zev Militzky, was the rosh yeshiva of Yeshivas Chayei Olam and was one of the great tzaddikim of the Yerushalayim of old.

Born in Czechoslovakia, Rebbetzin Yehudis was a two month old baby when her parents brought her to a monastery to save her life. She was later rescued by relatives and immigrated to Israel. She displayed spiritual heroism and kept her Jewishness at the Hashomer Hatzair kibbutz, and was then enrolled in the Bais Esther orphanage.

Rav Yitzchok Leizer, as Rav Militzky was known, was an oveid Hashem from another time. He worked as a kashrus mashgiach and took care of the shul in the Mazkeret Moshe neighborhood of Yerushalayim.

Last Chanukah, the humble Rav Militzky became famous when a picture of him lighting neiros Chanukah with his wife looking on captured the hearts of tens of thousands of Jews all over the globe. The picture, taken by Niztan Assaf, became an instant classic, depicting the purity of this special couple as they stood together at their window to perform the special mitzvah.

The levayah is being held tonight at the Shamgar Funeral Home in Yerushalayim. Kevurah will follow on Har Hameunchos.