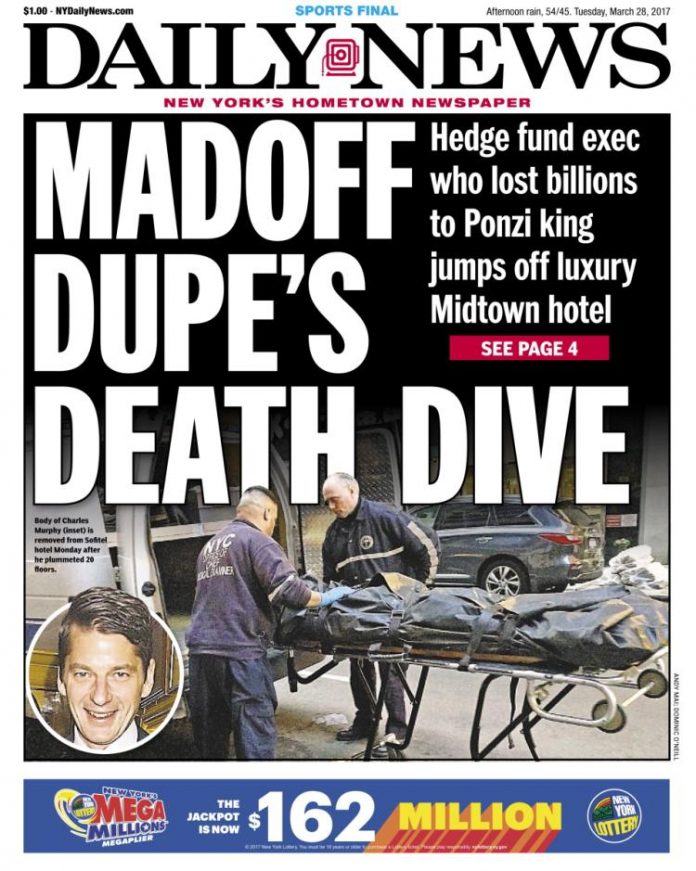 A hedge-fund executive who lost millions of dollars in Bernie Madoff’s Ponzi scheme committed suicide on Monday when he jumped from the 24th floor of the Sofitel New York Hotel. Charles Murphy, 56, is now the fourth person connected to Madoff to commit suicide in the years following the scandal.