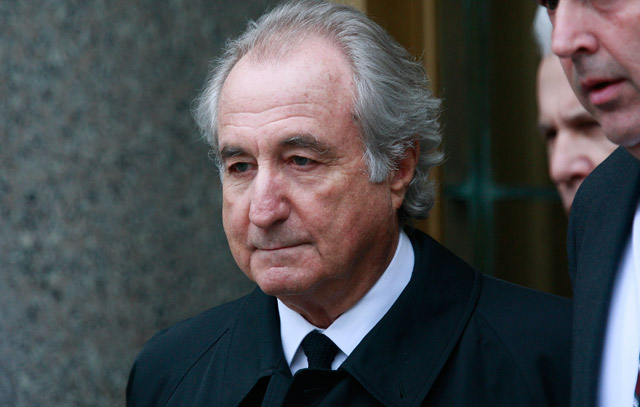 Bernard Madoff’s victims are set to receive a $342 million payout from the trustee unwinding his epic Ponzi scheme, financed in part by a settlement with the estate of one of the con man’s oldest friends, the late Beverly Hills billionaire Stanley Chais.

The distribution, if approved by a judge, would be the eighth since Madoff’s arrest on Dec. 11, 2008. Trustee Irving Picard’s lawsuits and settlements with banks and wealthy investors have recovered about $11.5 billion for thousands of victims who lost $17.5 billion in principal.

“For those who find the annual December anniversary of Madoff’s arrest difficult, we hope the recoveries that have resulted in eight distributions so far have been helpful,” Picard, a bankruptcy lawyer with Baker & Hostetler LLP in Manhattan, said Wednesday in a statement.

The latest round of checks is being funded by settlements reached in recent months with investors who profited from the scam, including Chais’s estate, which agreed in October to pay $277 million to resolve claims against the money manager who funneled cash from his own customers into Madoff’s Ponzi scheme. Chais, who died in 2010, wasn’t charged with wrongdoing.

The proposed distribution will be considered for approval on Jan. 12 hearing in U.S. Bankruptcy Court in Manhattan, according to the statement.

“The settlement of major litigation prior to trial makes this expedited payment possible,” Stephen Harbeck, president of the industry-financed Securities Investor Protection Corp., which pays Picard’s costs and fees, said in the statement.

The payout comes as a separate, $4 billion government fund set up more than three years ago to repay victims is still processing tens of thousands of claims by investors in Madoff feeder funds in anticipation of making its first distribution.

Richard Breeden, the fund’s administrator who was hired by the Justice Department, estimated in February that as many as 40,000 victims may get initial payments by the end of 2016, though no update on the timing has been provided. The Justice Department declined to comment on Wednesday on the timing, and a call to Breeden wasn’t immediately returned.

Picard accepted claims from customers who invested directly with Madoff, rather than through separate investment funds, and who didn’t withdraw more money from their accounts than they put in. Tens of thousands of others invested through feeder funds and have been waiting for years to get reimbursed through Breeden’s fund.

Picard has recovered about 65 cents on the dollar by suing the banks and offshore funds that funneled money into the scam, as well as investors who profited from the fraud by withdrawing more money than they deposited.

Madoff, 78, pleaded guilty to fraud in 2009 and is serving a 150-year sentence. Five of his top employees were convicted at a 2014 trial of aiding the scam.

The aides were accused of using fake trades and phony account statements for years to convince customers that they had a total of about $65 billion in their accounts. The scheme fell apart after Madoff couldn’t keep up with withdrawals during the credit crisis.