As we wish all our readers ah gutten kvittel and ah gut yohr following what we hope was an uplifting Yom Kippur, we pray that all the tefillos are accepted on High.

On Yom Kippur, Maftir Yonah in your shul may have been sold for a few hundred or a few thousand dollars, but in the main shul in Moscow, which is led by Rav Pinchas Goldschmidt, Maftir Yonah was sold for $660,000 dollars, or 20 million rubles. The money will be given to the city’s mosdos, including Yeshiva Toras Chaim.

In Belz, history was made, as the first time in decades, the tefillos finished on time, at the request of the Belzer Rebbe.

In the Vizhnitzer Bais Medrash in Bnei Brak, Maftir Yonah was sold for $28,000 to R’ Chaim Stern of Queens, NY.

In the Seret-Vizhnitz Bais Medrash, Maftir Yonah was sold for $4,000.

Rav Yoshiyahu Pinto of Ashdod davened with his followers at a hotel in Yerushalayim. Pesichah for Kol Nidrei was sold for 1 million shekel. 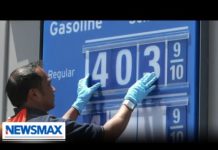