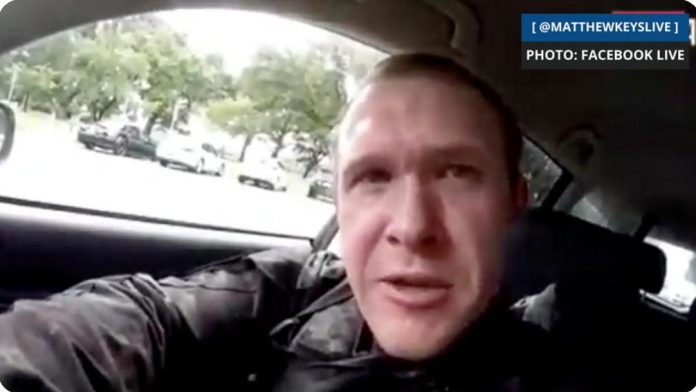 From pop-up relief tents dispensing tea and cookies to overwhelmed morgues, this placid city of parks and gardens struggled Sunday to cope with the aftermath of massacre.

Some families still waited to learn the fate of unaccounted for victims, after an alleged right-wing gunman killed 50 worshipers in two mosques Friday. Others, freshly grieving, clamored for harried medical examiners to release loved ones’ remains in time to meet Islamic rules for quick burial. Police were still processing the pair of massive, crosstown crime scenes as investigators began sifting the background of primary suspect Brenton Harrison Tarrant – a puzzling mix of global travel and insular hatred – who made his first court appearance Saturday.

More than three dozen victims remained hospitalized over the weekend, many in intensive care. It was the city’s worst toll of death and injury since a lunchtime earthquake devastated swaths of the city and killed 185 people in 2011. To many, the hate-fueled violence of Friday’s attack was an even more painful blow.

“The earthquakes were natural disasters. This is man-made,” said a woman giving out refreshments from a Salvation Army church near one of the mosques. She had pies heating in the oven for passersby.

On a warm, late-summer weekend that normally would have been abuzz with activity in this outdoors-loving country, a quiet pall had settled on the city. Many shops remained closed and the large park across the street from the Al Noor Mosque, where 41 worshipers were killed, was empty but for the curious staring at the police tape and flashing lights below the golden dome.

Pedestrians paused to stand in disbelief and shock, write on a giant plastic condolence sheet and lay flowers. No one spoke above a whisper.

Many expressed disbelief, sympathy for the victims and baffled fury at Tarrant, a 28-year-old Australian who had lived on and off in New Zealand in recent years. The avowed Nazi sympathizer seemed to show the opposite of remorse in his first court proceeding, flashing an apparant white power sign with his fingers as a dark joke to online extremists.

Police named Tarrant the primary suspect in what was called the deadliest attack in New Zealand history – and one of the worst cases of right-wing terrorism in years – after he allegedly stormed the two houses of worship during midday prayers and mowed down dozens of huddling and fleeing worshipers while he live-streamed the killing over social media with a body-mounted camera.

Two others have been arrested in connection with the shootings: A second man, 18-year old Daniel John Burrough, is expected to appear in court soon and face charges of inciting racial hostility or ill will. A third accomplice remains unidentified.

Photos from the hearing, which was closed to the public by Judge Paul Kellar in the interest of safety – an unusual move for New Zealand courts – showed Tarrant standing at the dock in white prison garb, flanked by two police officers. He stayed silent throughout. His face, by the judge’s order, was pixelated in the photographs to protect the integrity of the trial process.

The shocking assault had immediate national impacts over the weekend. After a pledge by Prime Minister Jacinda Ardern to update the country’s gun control laws, New Zealand Attorney General David Parker said at a vigil that semiautomatic weapons would be banned. Officials later demurred, saying more debate and analysis would be needed before new laws were adopted.

Ardern also promised a look at why Tarrant had escaped official notice before launching a well-planned assault that plunged New Zealand into one of its “darkest days.” Security officials are now investigating whether they had overlooked warning signs, she said.

The New Zealand Herald reported Saturday that minutes before the attack began, Tarrant sent a copy of a lengthy manifesto explaining his actions to Ardern’s office and many media outlets.

None of the three arrested suspects had criminal records, and Tarrant had a registered address in southern New Zealand but lived in the country sporadically. Instead, the former fitness trainer led an itinerant lifestyle and traveled extensively to Bulgaria, North Korea and countries with large Muslim populations, including Turkey and Pakistan, officials said.

Yet in a 74-page manifesto posted on social media before the shooting, Tarrant explicitly vowed an attack to kill Muslim “invaders” and seek revenge for crimes perpetrated by Muslims. In the document, which was laced with inside jokes and references to fringe online subculture, Tarrant said he hoped his actions would curb immigration, deepen strife in the United States over gun ownership and start a civil war.

He also expressed his admiration for Dylann Roof and Anders Breivik, two far-right mass killers, and scrawled neo-Nazi symbols and slogans on his weapons, which included two rifles and two shotguns.

Tarrant obtained a license in November 2017 for the guns that would be used in the shooting; he began purchasing the weapons that December, according to officials.

A day after the massacre, Christchurch woke up to confront an incomprehensible aftermath. Friends and families of the dead pleaded with police to allow access to bodies so they could perform Islamic death rituals. The more fortunate rushed to the Christchurch Hospital to visit survivors, some of whom were bullet-riddled.

Many laid flowers at large vigils. Others volunteered at a Salvation Army station outside the mosque to offer what they could: soup, pies, words of comfort.

Outside the Christchurch courtroom on Saturday, Omar and Yama Nabi spoke about their lost 71-year old father Hajji Daoud Nabi, a refugee of the Soviet-Afghan War who arrived in New Zealand decades ago.

Survivors told Omar Nabi that his father had leaped on top of another worshiper as a human shield when the attack unfolded at Al Noor mosque. Nabi had come to the court to get a glimpse of the man who killed his father, he said, but the public was not allowed inside.

“I need to sit there and watch what’s going on,” Nabi said. “One part of me wants to kill him, but this is not what I want to portray Muslims as.”

Yama Nabi narrowly averted danger after arriving late to Friday prayers. By the time he arrived, he said, he saw a Somali man cradling his dead son and bodies strewn in the mosque’s hallway, a grisly scene visible from the street.

As the overcast sky gave way to gently pattering rain, Rami, 28, stood outside the Christchurch hospital and recalled his desperation on Friday as he spoke on the phone with his father, who was shot and bleeding inside the mosque. Police would not let Rami or paramedics into the mosque immediately after the shooting as they tried to ensure the area was secured.

“It was a horrific incident and horrific to be on the phone to my Dad,” Rami said as he waited outside the hospital for his father to recover from nerve reconstruction surgery.

Officials canceled sporting events and religious gatherings scheduled to take place in Christchurch over the weekend, including a Saturday cricket test match between Bangladesh and New Zealand. Some members of the Bangladesh team narrowly escaped the attack on Friday. Isaac Herzog, chairman of the Jewish Agency for Israel, tweeted that synagogues in New Zealand were closing their doors over Shabbat “for the first time in history,” with some remaining closed over the weekend.

The killings touched a nerve around the world. President Donald Trump, in a statement issued Friday morning, extended his “warmest sympathy and best wishes” to the people of New Zealand. Hours later, Trump downplayed the danger of rising white nationalist extremism. “I think it’s a small group of people that have very, very serious problems,” he said.

In Australia, right-wing Sen. Fraser Anning released a statement on Friday saying “the real cause of bloodshed on New Zealand streets today is the immigration program which allowed Muslim fanatics to migrate to New Zealand in the first place.” Australian Prime Minister Scott Morrison sharply condemned those comments, calling them “disgusting.” But Anning doubled down on them at a news conference in Melbourne on Saturday, where a scuffle broke out when a teenager cracked an egg on the back of the controversial senator’s head. Anning responded by punching him in the face and his supporters then put the 17-year-old in a chokehold.

The New Zealand massacre, seemingly designed and carried out as performance for an online audience, has renewed scrutiny of the unfiltered power of the large social media hubs, including Facebook and Twitter, but also of the dark and freewheeling online forums like 8chan, where hate speech mingles with memes and wisecracks.

Social media companies, including Facebook, Twitter and Reddit on Friday removed the shooter’s video, but it was immediately reposted elsewhere. As a result, the shooter got precisely what he wanted: the attention of millions who watched a chilling, first-person record of the gunman walking up to the Al Noor Mosque and firing hundreds of bullets, slaughtering dozens without saying a word. In a six-minute video segment, he walks back to his car to get another weapon before doubling back to kill the wounded.

Authorities in Australia said Tarrant’s relatives in the sleepy town of Grafton had come forward to assist with their investigation into his past and path to radicalization. In his own manifesto laying out his thinking and influences, Tarrant said he developed racist views and began planning his operation in 2017 after a trip to Europe. On Friday, Bulgaria’s chief prosecutor Sotir Tsatsarov said Tarrant flew to Sofia in Nov. 2018 and spent around a week in the Balkan country. Prosecutors there are investigating whether he visited as a tourist “or if he had other objectives.”

Tarrant titled his 16,000-word screed “The Great Replacement,” echoing the name of a book by a far-right French polemicist Renaud Camus. The phrase has also been the rallying cry of, among others, the torch-bearing protesters who marched in Charlottesville, Virginia, in 2017.

At one point in the rambling document, which was littered with conspiracy theories about white birthrates and “white genocide,” Tarrant called Trump a “symbol of white identity” but in the same sentence derided the president’s ability as a political leader.

In a country of nearly 5 million, more than 46,000 residents of New Zealand are Muslim, according to data from the 2013 Census, up 28 percent from 2006. Many of the shooting victims were refugees or migrants from Pakistan, India, Malaysia, Indonesia, Turkey, Somalia and Afghanistan.

Members of a refugee family who had fled Syria’s civil war appeared to be among the victims, Ali Akil, an Auckland-based spokesman for Syrian Solidarity New Zealand, said in an interview. The family’s father was killed, a son was seriously wounded, and another son was reported missing, Akil said, citing information he had received from a friend of the family.

Akil said the family had likely come to New Zealand in the past four or five years, to “a safe haven, only to be killed here.”

Ardern, the prime minister, said New Zealand was chosen for the attack “because we represent diversity, kindness, compassion, a home for those who share our values.”

“This is not the New Zealand any of us know,” she said. 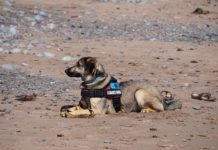 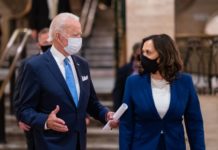