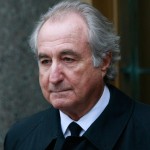 Many victims of Bernard Madoff’s $17 billion Ponzi scheme will be getting payouts. ABC News reports that “a majority of the people who had valid claims to being a Madoff victim” will be getting about $1 million back.

The Securities Investors Protection Corporation (SIPC) CEO Stephen Harbeck told ABC News that “anyone who invested up to $1,161,000 will ‘be made completely whole’ in the latest round of distribution payments, per a new motion filed in a New York bankruptcy court today. Harbeck said that will affect a majority of the people who had valid claims to being a Madoff victim… For those who invested more, Harbeck said they could get back at least 61 cents on the dollar for their investments if their claim has been approved.”

Harbeck said, “Coming out of a Ponzi scheme with 61 percent of what you started out with is a major victory.”

Apparently $11 billion of the fake investment fund was recovered, and ABC News says “the biggest chunk [came] from the bank accounts of a deceased alleged co-conspirator of Madoff’s, Jeffrey Picower. Picower’s widow agreed to turn over $7.2 billion to the victims, virtually every dollar her husband made in the Madoff scheme – more than Madoff himself, officials said.”

Madoff ran his Ponzi scheme for decades, seducing investors big and small with too-good-to-be-true returns (because they weren’t true). For instance, one client got a 950% return on the investment. He confessed in December 2008, setting in motion the sale of his real estate, investigations into family members who worked at the firm, and questions about the SEC which completely bungled concerns about Madoff’s firm.

Sentenced to 150 years in federal prison, Madoff has been behind bars as one son committed suicide and another died of cancer.