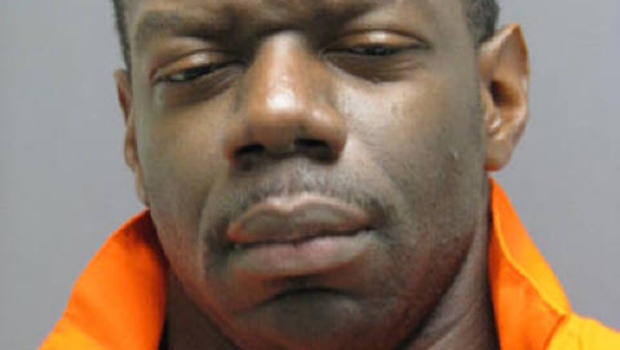 The man charged with killing a Prince William County, Va., police officer and injuring two others during a domestic call on Shabbos is an active-duty Army staff sergeant based at the Pentagon, his family and the military said Sunday.

A prosecutor also said Sunday he will pursue a capital murder against the suspect, who the Prince William County jail identified as Ronald Hamilton. Hamilton is facing six charges and is being held without bond.

Officer Ashley Guindon died Saturday and the two other unidentified officers were injured responding to a call about a possible domestic incident in the Woodbridge-Lake Ridge area south of the Prince William County government administration center.

“When they got to the door, the suspect started shooting,” Prince William County Commonwealth’s Attorney Paul Ebert said.

All three officers were flown by helicopter to Inova Fairfax Hospital. Police did not release details about the condition or the names of the two injured officers, but Ebert said both were in “okay” condition. Police planned to give an update about the case at 12:30 p.m.

Ebert said the wife of the suspect, whom police have not identified, was found dead inside the home. The suspect was taken into custody shortly after the shooting erupted around 5:30 p.m. in the 13000 block of Lashmere Court.

The alleged gunman’s father, Ronald Whaley Hamilton, a retired major with the Charleston, S.C. Police Department, said in a brief interview with The Post that he and his family learned about the shooting Saturday night and are shocked.

He said he does not know any details about the shooting, but said his son, who works in the Army, had a “very good upbringing.” The elder Hamilton said his son joined the Army at age 18 and is based at the Pentagon working in the field of information technology.

“We are grieving the same as all the people in Prince William County, as well as the law enforcement community across the United States,” Hamilton said. “Ronald has always been a calm person and a very friendly person. He had a bright future with the Army and military. We express our thoughts and condolences to everyone who is affected.”

Guindon was identified in reference material as a graduate of Embry-Riddle Aeronautical University in Daytona Beach, Fla., with a bachelor’s degree in aeronautics. She served in the U.S. Marine Corps Reserve and had relatives in law enforcement.

“This is the third call for shooting I’ve had since I’ve been in the office,” Ebert said. “It always takes a toll on the department. It’s a tragedy.”

Guindon worked for a time at a funeral home because she was thinking about becoming a medical examiner, a former co-worker said. Danielle Everly, who is a funeral director at Everly-Wheatley Funeral Home in Alexandria, Va., said she and Guindon overlapped for about three months when Everly was a funeral director apprentice and Guindon was an assistant at the Everly Funeral Home in Fairfax City.

“She was a very kind and compassionate person,” Everly said Sunday morning. “Always smiling. Very pleasant to be around.”

As part of her duties, Guindon would assist in greeting and helping mourners, and she would sometimes accompany a funeral director to the medical examiner’s office. But she was not licensed or experienced enough to assist in preparing bodies for burial.

Online information indicated that Guindon graduated from Merrimack High School in New Hampshire in 2005 and had held a license to fly historical aircraft. A person familiar with her Marine Corps service said she held the rank of corporal and was assigned to a unit at Bolling Air Force Base involved with sending home the remains of fallen Marines.

The slain officer had been assigned to patrol duty in the eastern part of the suburban Virginia county. A police tweet indicated that she had been sworn in only Friday.

The nature of the domestic disagreement that brought the officers to the site was not made clear.

A woman who lives on Lashmere Court said she was visiting a neighbor and heard sounds but did not think gunfire could have broken out on her quiet and close-knit street.

“We never thought it could be shots,” Maritza Gutierrez said.

She said she heard “boom, boom, boom. Something like that.” It was, she said, “very quick.”

Then emergency personnel arrived, and she looked outside to determine what had happened.

She said she saw someone, apparently one of the wounded officers, lying prone on a lawn. Emergency personnel were administering aid.

Finally, Gutierrez said, the patient was taken to an ambulance.