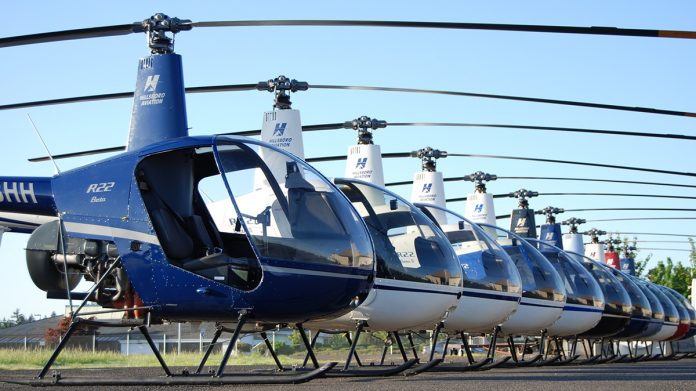 Police shot and killed a man Monday morning at an airport outside Portland, Oregon, after he allegedly attempted to steal a helicopter from the airfield, according to multiple reports.

Airport employees told KATU that they heard at least one gunshot and that someone tried to steal a helicopter from the airport.
Police told KOIN that a masked man jumped a fence that surrounds airport property and confronted a helicopter instructor and a student pilot. Officials told OregonLive.com that the pair was in a helicopter outside the Hillsboro Aero Academy.
The suspect, whose name has not been released, fired a single shot into the air and the instructor and student pilot fled, according to KOIN. Neither were injured.

He was shot and killed by police, according to KATU. Read more here.