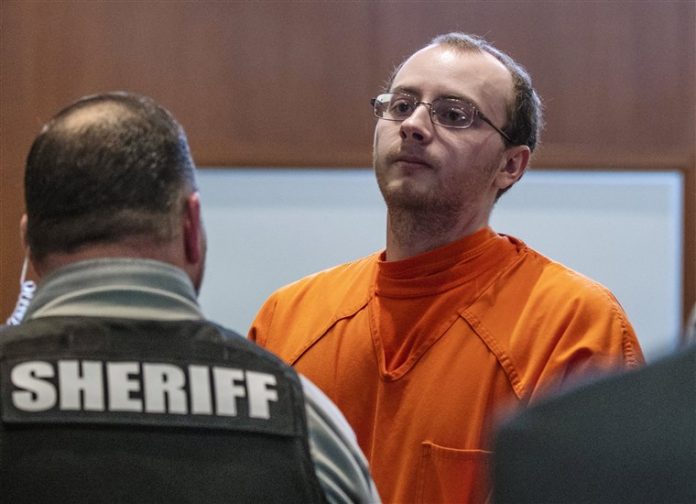 The man who admitted to killing 13-year-old Jayme Closs’ parents before kidnapping and holding her hostage for 88 days was sentenced to life in prison without parole Friday.

Jake Patterson, 21, pleaded guilty in March to two counts of intentional homicide and one of kidnapping. The bodies of Jayme’s parents, Denise and James Closs, were found in their Barron, Wisconsin, home in October 2018, according to police.

But Jayme was missing.

Three months later, the young teen managed to escape the Wisconsin cabin where Patterson kept her hidden after fatally shooting her parents. Soon after, Patterson was arrested and eventually confessed to the killings and kidnapping in a letter purportedly sent by him from jail to a TV reporter.

“I knew when I was caught (which I thought would happen a lot sooner) I wouldn’t fight anything,” the letter says. “I tried to give [police] everything . . . so they didn’t have to interview Jayme. They did anyways and hurt her more for no reason.”

“Mr. Patterson is a coldblooded killer who traumatized a 13-year-old girl for 88 days,” Wright said. “He brutally murdered James and Denise because they stood in the way of his getting away with kidnapping the girl he saw getting on a school bus. A girl whose name he didn’t even know when he kidnapped her.”

Defense attorneys asserted Patterson knew he would be going to jail for the rest of his life, and that he didn’t ask for anything less than that. They argued he’d taken responsibility for his crimes and attempted to mitigate further trauma for Jayme and her family by expediting the case without a trial and further motions.

The defense acknowledged Patterson would likely never get out of prison, but asked that his sentence be designed in a way where he could have “a chance to work on his issues” while incarcerated. They said Patterson needs rehabilitation that is otherwise difficult to accommodate in a prison setting.