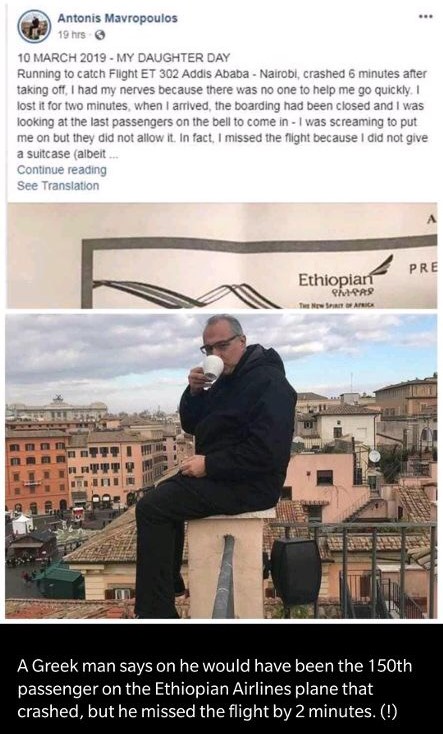 A Greek man said he missed the Ethiopian Airlines flight that crashed just after taking off from Addis Ababa by mere minutes, in a Facebook post that has now been shared thousands of times.

In a post called “My Lucky Day,” Antonis Mavropoulos shared an image of what appears to be his boarding pass and says he arrived at his gate just after boarding had finished on Sunday morning.

“When I arrived, boarding was closed and I watched the last passengers in (the) tunnel go in. I screamed to put me in but they didn’t allow it,” he wrote. The flight crashed six minutes after takeoff, killing all 157 people on board.

A security staff member “told me gently not to protest and say thank you to God, because I am the only passenger who did not enter the flight,” Mavropoulos wrote.

“I collapsed because then I realized how lucky I was.”