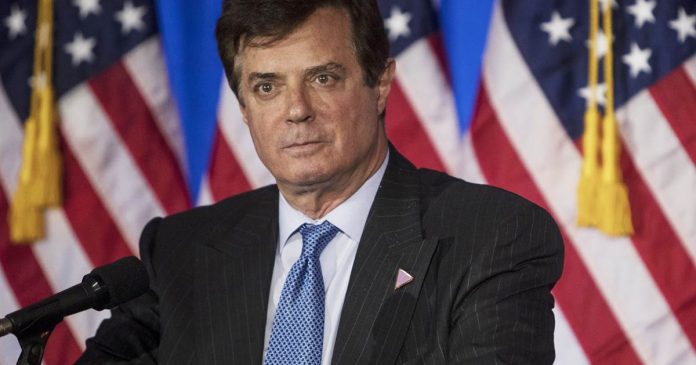 Former Trump campaign chairman Paul Manafort was interviewed by the FBI twice while he was working as a political consultant for a Ukrainian political party – several years before he was named a top adviser to Donald Trump, newly filed court documents revealed.

The documents filed late Monday by prosecutors in the office of special counsel Robert Mueller, who is investigating Russian meddling in the 2016 presidential campaign, show that the FBI had interviewed Manafort in March 2013 and again in July 2014.

Manafort’s deputy, Rick Gates, who also held a top role with Trump’s campaign, was interviewed by the FBI in July 2014, the documents show.

Jason Maloni, a spokesman for Manafort, declined to comment, citing a gag order imposed by the judge in Manafort’s case.

A lawyer for Gates did not immediately respond to requests for comment, nor did Michael Glassner, executive director of Trump’s campaign committee.

Manafort ultimately resigned as Trump’s campaign chairman in August 2016 after a series of stories about his work in Ukraine, including a New York Times report that alleged he had received more than $12 million in off-the-books payments from Viktor Yanukovych’s political party.

Manafort denied receiving the payments and doing anything improper in Ukraine, but said at the time that he was stepping down to spare the campaign distraction.

In all, three Trump associates are known to have been interviewed by the FBI about their interactions with people from the former Soviet Union before joining the Trump campaign.

In addition to Manafort and Gates, the FBI interviewed campaign foreign policy adviser Carter Page about his interactions with a man the FBI alleged was a Russian intelligence agent. The FBI’s interviews with Page occurredin 2013 and in March 2016 – the same month he was named a volunteer adviser to Trump’s campaign.

Page has said that he did nothing wrong and that he assisted the FBI in its investigation of a New York-based Russian spy ring.

The new court filings indicatethat prosecutors provided Manafort with copies of his past interviews to help him prepare for trial on charges including conspiracy, money laundering, and tax and bank fraud. Manafort has pleaded not guilty.

Gates pleaded guilty to conspiracy and lying to the FBI in February and is cooperating with Mueller’s investigation.

Manafort worked as a political consultant in the former Soviet state beginning in 2005, ultimately helping to elect Yanukovych president in 2010. Yanukovych was ousted after public protests in 2014 and fled to Moscow.

Manafort’s work in Ukraine had been the subject of media coverage and was known before he joined the Trump campaign, but his FBI interactions had not been publicly disclosed.

In a previous court document, Manafort had said he met voluntarily with the FBI and prosecutors with the Justice Department in July 2014 to discuss his “offshore consulting activities.”

The newly filed documents show that Manafort also gave statements to the FBI during the investigation last year, including after his condominium in Alexandria, Va., was searched in July and after he was arrested in October.

The documents were filed as Manafort fights in court to have evidence that was seized from a Virginia storage unit excluded from use at his trial.

He also has sought to have the charges against him dismissed, arguing that Mueller’s office exceeded its authority by charging him with crimes that do not relate to Russian meddling in the 2016 campaign.

Manafort is scheduled to go to trial in Virginia in July and on related charges in Washington in September.