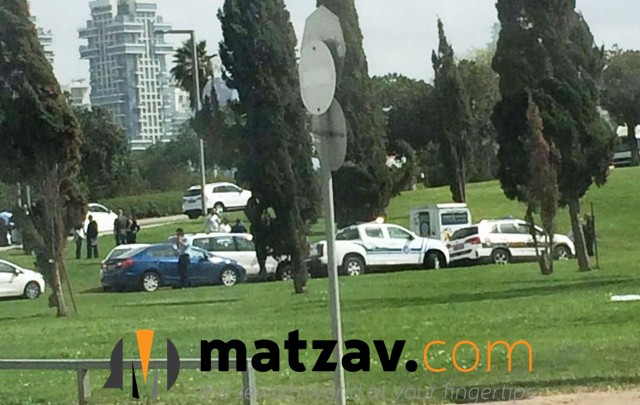 An extensive manhunt is underway after an Israeli soldier told security officials that a terrorist tried to stab him at a bus stop at the intersection of Rokach Boulevard and Ibn Gabirol Boulevard, near the entrance to the Sde Dov airport in northern Tel Aviv. The soldier just got way, boruch Hashem.

Police are canvassing the area this afternoon in search of the suspect, who was in a vehicle.

The terrorist first drew the soldier closes by calling him over to his vehicle and asking him some questions – the nature of the conversation is not yet clear – and then the terrorist suddenly whipped out a knife and tried to stab the soldier, who back up and fled for safety.

Schoolchildren in particular have been instructed to remain in doors for the duration of the manhunt.