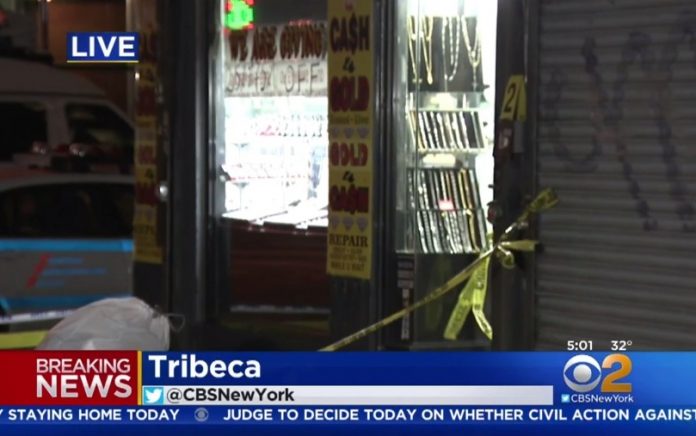 Updated: CBS NY reports: Detectives are investigating the suspicious death of a man whose body was found inside the bathroom of a jewelry store in Tribeca. Police identified the man as 43-year-old Omid Gholian from Marine Park, Brooklyn.

Gholian, an employee of World of Gold N Diamond on Church Street, was found by his brother around 6 p.m. Wednesday with zip ties around his neck, CBS2’s Magdalena Doris reported.

His death is being ruled as suspicious and homicide detectives are investigating, Doris reported. Detectives are also looking for security footage from inside and outside the store, which did not appear to be ransacked.