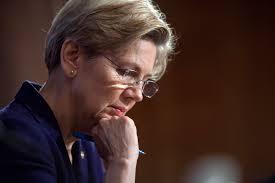 Alveda King, Martin Luther King Jr.’s niece, accused Massachusetts Sen. Elizabeth Warren of playing the “race card” when she attempted, on the Senate floor, to read a letter written by Coretta Scott King in order to make her case against Sen. Jeff Sessions for attorney general.

“It’s almost like a bait and switch, stir up the emotions, in the name of King—and my name is Alveda King—stir up people’s emotions, play the race card, which she was attempting to do,” King, who supported Donald Trump for president, said Wednesday on Fox Business Network. Sessions was confirmed Wednesday to be the next attorney general despite efforts by Democrats to derail the nomination. The full body voted along party lines to silence Warren for violating Senate rules after she attempted to read Coretta Scott King’s letter. Read more at FOX BUSINESS.