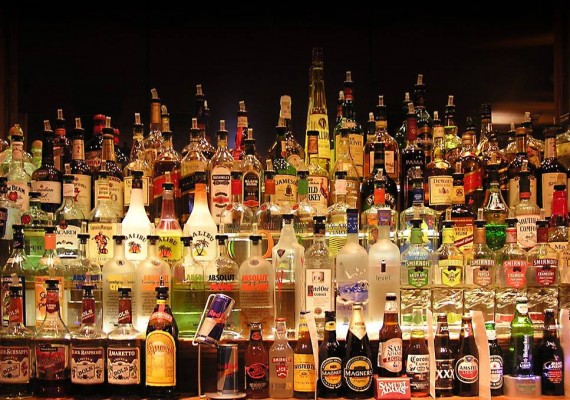 The Maryland Senate on Tuesday gave preliminary approval to a bill that stiffens penalties on adults who provide alcohol to underage drinkers.

Under the bill, a person who provides alcohol to someone younger than 21 could go to prison for up to one year, be fined up to $5,000, or both for a first offense. They could receive two years of incarceration, a $7,500 fine or both for a second or subsequent offense. Current law carries a fine of $2,500 and no jail sentence.

The bill is named after Alex Murk and Calvin Li, two teens in Montgomery County who were killed in a car crash last year after attending a party where alcohol was served. It advanced with no debate and is expected to receive final approval in the Senate on Wednesday.

“We are losing many young people in horrific drunk driving accidents because adults stop acting like adults,” said Sen. Jamie B. Raskin, D-Montgomery. “We owe this to the Murk and Li families.”

House Judiciary Committee Chairman Joseph F. Vallario Jr., D-Prince George’s, said his panel would likely vote on the House version of the bill this week or next week.

The Senate delayed action Tuesday on a bill that would clamp down on the audio recordings of private conversations of passengers on public buses.

Sen. Robert A. Zirkin, D-Baltimore County, said the measure was held to allow the committee to review amendments that were offered by county leaders to address the costs of modifying or changing the recording equipment that has been used on some buses since 2012.

The measure, which would affect MTA buses in the Baltimore area, Ride On buses in Montgomery County and TheBus in Prince George’s County, creates new guidelines for audio recordings and places limits on when and how such recordings can be made.

Meanwhile, the House voted 96-43 to approve a bill that would require the Board of Public Works to notify various legislative committees at least 10 days before voting on any proposed reductions in appropriations. The three-member board – which handles state contracting decisions and comprises the governor, comptroller and treasurer – would also have to post the notifications on its website. The Senate is scheduled to hold a hearing on its version of the bill on March 17.

Lawmakers also heard testimony on legislation that would change the way police officers in Maryland are trained and the process they go through when they are accused of misconduct; ban firearms at public colleges and universities in the state, including community colleges; and change the way transportation projects are prioritized by the state for funding.

The House Appropriations Committee heard testimony on legislation that would require the state to use a scoring system to help determine which transportation projects to fund. Under the legislation, lower-ranked plans could win approval ahead of those that score higher, but transportation officials would have to explain each of their funding decisions.

The measure, sponsored by Del. Pamela G. Beidle and Sen. James E. DeGrange Sr., both Anne Arundel County Democrats, is designed to increase transparency regarding transportation spending. “Often residents can’t understand why one project is funded and one is postponed,” Beidle said. “Shouldn’t we have a predictable and transparent system?”

The administration of Gov. Larry Hogan has strongly criticized the measure, saying the plan would diminish local input and favor urban transit projects over projects in other areas.

Hogan’s office released a graph Tuesday showing that Montgomery County would have received 96 percent of Maryland’s transportation funding if the state awarded money to the highest-ranking projects under the proposed scoring system.

Del. Maggie L. McIntosh, D-Baltimore, chair of the committee, questioned the accuracy of the administration’s mock scoring and stressed that the legislation would not force the state to fund projects that rank highest.

Maryland Transportation Secretary Pete K. Rahn said the administration is open to working on an alternative scoring system that would be fair for all jurisdictions. “We are willing to study this concept to find a process that fits Maryland,” Rahn said. “That is something we can certainly agree to.”

In the hearing on police reform, Sen. Catherine E. Pugh, D-Baltimore, who participated in a workgroup that studied police practices and made nearly two dozen recommendations to improve police-community relations, told members of the Senate Judiciary Proceedings Committee that the bill is designed to build confidence between residents and the police.

The workgroup was created after the riots in Baltimore last spring that followed the death of Freddie Gray, who was severely injured while in police custody.

“This didn’t just happen in Baltimore; it happened around the nation,” Pugh said of police-involved deaths of African American men. “What we’re talking about here is how do we support each other . . . and make our communities and neighborhoods safe.”

In response to complaints from advocates, Pugh amended the bill to eliminate a proposed change in how hearing boards that review misconduct complaints are selected. The bill had proposed allowing the officer accused of misconduct to have input into who is on the panel; the amended legislation would leave that decision to the chief of police.