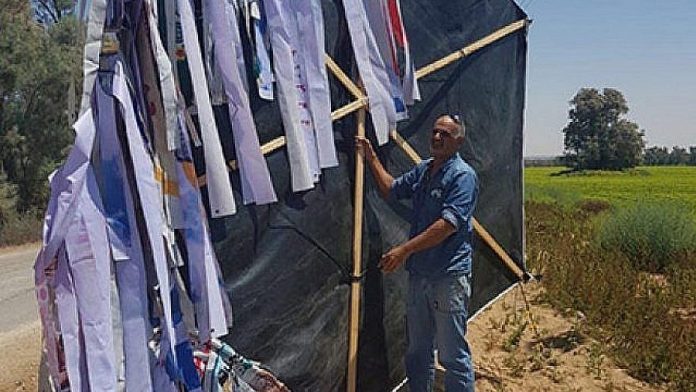 A massive incendiary kite launched from Gaza landed on electric power lines near Kibbutz Sufa on Saturday, sparking an emergency operation by the Israel Electric Company to remove the terror device before it started an arson fire.

The kite caused a power outage and was removed from the high-voltage lines using a crane.

Also on Saturday, police sappers neutralized a “terror balloon” that landed from Gaza next to a dining room in the Eshkol Region, and a fire was started in the Nir Am nature reserve by another incendiary terror device, although the blaze was brought under control by the afternoon.

More than 7,500 acres of land have been burned since Gazans started flying flammable kites and balloons into Israel in the spring. Millions of shekels in damage have been reported, including the destruction of agricultural fields, nature reserve land and the deaths of tens of thousands of bees, along with their honey-producing hives.