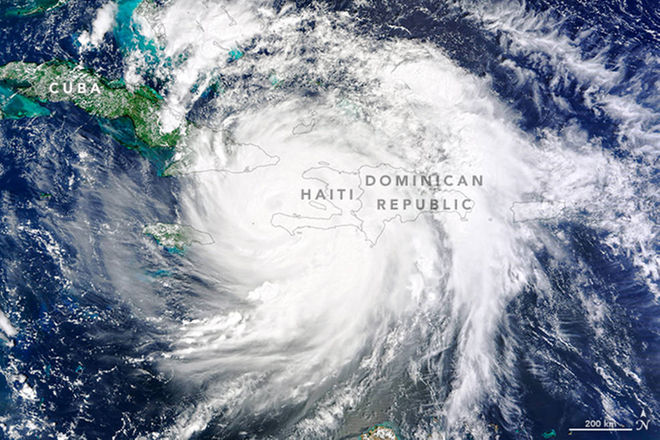 Forecasters are sounding the alarms as the first outer bands of Hurricane Matthew approach South Florida this morning. They warn that the strongest storm in the Caribbean in nearly a decade may cause “immense human suffering” and “loss of life” if precautions are not taken.

National Weather Service officials said the storm, which is expected to return to Category 4 strength, was moving west and would track closer to Florida’s Atlantic coast, an ominous turn that triggered mandatory evacuations and threatens some 8 million people and billions of dollars in property. The monster storm was seen as possibly making landfall late Thursday or early Friday between Fort Lauderdale and Fort Pierce—an area that is densely populated and home to many retirees and the elderly. Almost 2 million people were ordered to evacuate in Georgia and South Carolina as the NWS warned of “catastrophic damage.”

Matthew left at least 25 people dead across the Caribbean, with 19 killed in Haiti alone, and was pounding the Bahamas early Thursday. Read more at NBC NEWS.