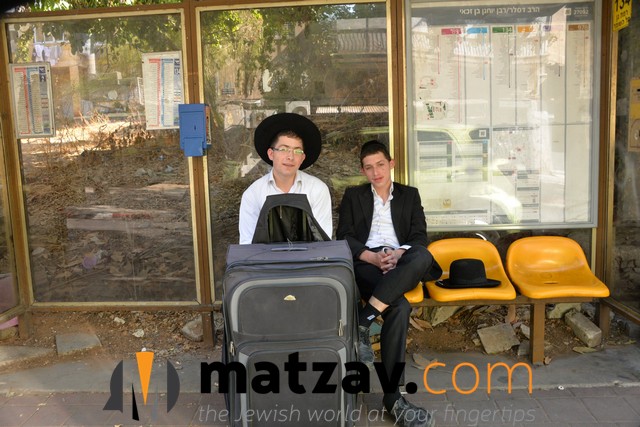 For the past two weeks, Chaim V’Chessed has been inundated with calls from students, who had been studying in Israel this year, who have suddenly found themselves locked out of Israel. This phenomenon, Chaim V’Chessed tells Matzav.com, occurred due to new entry regulations which were implemented, without warning, on Monday, December 21.

As Matzav.com readers may recall, due to the discovery of a new Covid mutation, in mid-December, Israel hurriedly altered the rules for entry of foreigners into Israel. At one point, authorities were set on preventing the return of all student visa holders who found themselves abroad at the time of the changes. Intervention in the Knesset Law Committee led to a partial alleviating of this situation. Families holding student visas were permitted to re-enter Israel. However, it was decided that unmarried students would be barred from returning to the country.

This created a surreal situation for many Israel-based students, in yeshivas, seminaries and universities. Students who, for whatever reason, were abroad at the time of the decision, have been prevented from returning to Israel to continue their studies. At the same time, countless calls to Chaim V’Chessed detailed the other side of the coin. Students in Israel who wish to travel abroad for any reason, be it a sibling’s wedding, a death, or  a medical emergency, have been forced to cancel their travel plans, for they would not be allowed to return should they depart the country.

Last week, Chaim V’Chessed told Matzav.com that it engaged the prestigious law firm of Yigal Arnon & Co., to research this troubling topic. The legal team, led by Nir Rozner, Esq. discovered that the decision to allow married students, while barring single students, was in explicit contradiction to the law approved by Israel’s Corona cabinet. Furthermore, the ruling was essentially flawed, as it constitutes discrimination based on marital status.

While the attorneys pursued the legal front, communal activists, led by Rabbi Nechemya Malinowitz of the Igud, entered discussions with Interior Ministry staff over this issue. At the same time, various journalists learned of the apparent discrimination, and contacted Interior Ministry officials for comment.

Matzav.com is pleased to report that the overall pressure seems to have succeeded. Late this afternoon, Interior Ministry sources indicated that the rules will be corrected. Reportedly, students with valid student visas, who have been studying in Israel during the current school year, will soon be allowed to return to Israel. This will apply to those students stranded abroad, as well as to students currently in Israel who seek to travel abroad for personal reasons.

Matzav.com thanks Chaim V’Chessed for leading the askanus effort on this front and for closely monitoring the situation to ensure that this new, fairer policy is indeed implemented.