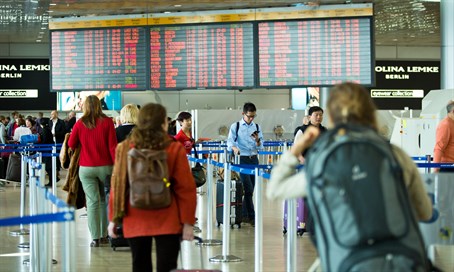 Throughout the Corona pandemic, entry rules to Israel have been unclear, confusing and convoluted. Over the past 15 months, Chaim V’Chessed has documented dozens of sudden and inexplicable changes in rules. Each change has caused undue and unfair hardship for travelers to or from Israel.

Today, Israeli authorities reached a new level of absurdity, Matzav.com has learned. Toshavei keva (permanent residents) hold Israeli identity cards, and are regarded the same as Israeli citizens in nearly all matters. The primary difference is that they are ineligible to vote in national elections. During the entire pandemic, toshavei keva have shared all the same rules as Israeli citizens.

Suddenly, this afternoon, Chaim V’Chessed’s switchboard began lighting up with calls from passengers in London Heathrow and Paris De Gaulle airports. These travelers are all toshavei keva, attempting to board return flights to Israel. They were told that all passengers without Israeli passports (toshavei keva do not receive Israeli passports) must present entry permits to board flights to Israel! Until today, anyone presenting an Israeli identity document was allowed to travel. Now, with absolutely no notice, the rules appeared to have changed.

Chaim V’Chesed tells Matzav.com that it reached out to the head of Israel Border Control who laconically answered that, now, travelers must have Israel TRAVEL documents. He advised the travelers to contact Israeli embassies to request entry permits to Israel. We note that Israeli embassies around the world have been staggering under thousands of entry requests. It is not clear how they will be capable of servicing this new group now.

This shocking, unannounced change has left dozens of travelers stranded around the world. Chaim V’Chessed CEO Paysach Freedman has already contacted several Knesset members over this latest debacle. Chaim V’Chessed tells Matzav.com that it will continue to advocate for a speedy reversal of this new policy.