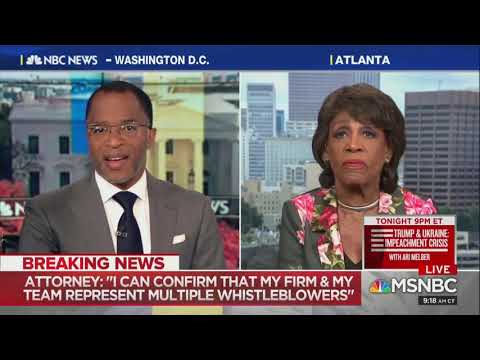 “I believe that in the final analysis that there are more people who care about the security of this country than the president,” Rep. Waters said on MSNBC’s “AM Joy.”

“The president is all about himself. Now, if you want to know something, I am disgusted with those spineless members of the Senate who don’t have the guts to stand up for this country. Many of them have defined themselves as patriotic. They’re not patriotic,” she continued. “They are spineless and they’re not willing to step up and do what needs to be done in recognizing the danger of this president.”

“They’re willing to harm our country, and so, I want all of the American population to understand who is in that Senate, what they’re doing, whether or not they want them to remain there if, in fact, they don’t come forward,” Waters said.