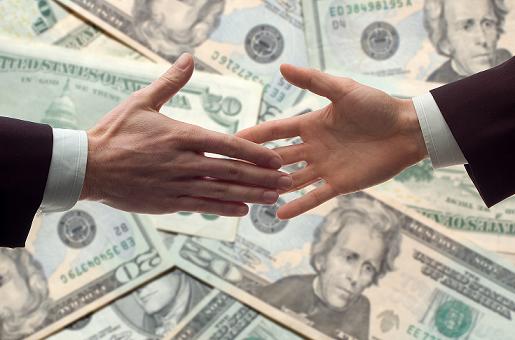 Reuven borrows money from an acquaintance named Shimon. May Reuven daven for a refuah shelaima for Shimon if he knows that he would not have davened on Shimon’s behalf if he would not have borrowed money from him? May he daven on Shifmon’s family member’s behalf? May one who borrowed money in order to print a Sefer include a thank you in the sefer to the one who lent him the money for the printing?

The Gemara in Bava Metziya, daf ayin heh, amud alef says in the name of Rabbi Shimon bar Yochai that if someone borrows money from another person and he is not in the habit of greeting him, then it would be forbidden for him to greet him as a result of obtaining the loan. This would be considered “ribbis devarim.”

There is a whole discussion in the achronim whether one may say thank you for a loan. Even those who do allow one to say thank you, it is only for the tircha of giving the loan, but not for the actual loan.

There is a famous story told about Rav Mordechai Schwab who learned in the Mir. Rav Schwab borrowed money from the mashgiach, Rav Yeruchem Levovitz to pay for his travelling expenses to go home for bein hazmanim. Upon returning the next zman, Rav Schwab returned the money and thanked the mashgiach. Rav Yeruchem rebuked him and said, “You may not say thank you, it is ribbis devarim.” Rav Schwab borrowed money from the mashgiach again before the next bein hazmanim and upon returning the money, he omitted the thank you. The mashgiach got upset and said, “How could you not showhakaras hatov?” Rav Schwab was perplexed upon the two contradictory responses. The mashgiach explained that one may not thank the lender because it would be considered ribbis, but the person is obligated to show his hakaras hatov, so he should show that he wants to thank, but may not do so because of the halacha. It is incredibly important that one must have the midda of hakkaras hatov ingrained in him.

The Iggros Moshe in Yoreh Deah, chelek alef, siman peh discusses the question of printing thanks to a lender who helped print a sefer. Reb Moshe says that just like it is forbidden to say thank you for a loan, it would be forbidden to write thank you in a sefer on behalf of a loan. However, if the language used is actually giving a bracha that Hashem should reward this person who loaned money to enable this sefer to be printed, it would be permitted. Therefore, it stands to reason that one may daven for the loaner and his family so long as he does not have this built into the original terms of the loan. It would be permissible as long as the borrower does not tell the lender that he will be davening for him and his family.