Piggybacking on his 2008 vice presidential pick’s comments on Tuesday night, the Arizona Republican told Fox News he thinks “it might be wise” for President Barack Obama to reconsider picking Biden as his running mate and instead put Secretary of State Hillary Clinton on the ticket, according to Fox News.

“But it’s not going to happen…If I were Hillary Clinton, I’m not sure I’d want to be on that team,” he added. “I think that her ambitions, very frankly, are for 2016. And I’m not sure that would enhance that likelihood.”

Former Alaska governor Sarah Palin had said the night before that Biden should be bumped from the ticket because of his propensity for major gaffes such as when he said Tuesday in a campaign speech that Mitt Romney’s economic policies would “put ya’ll back in chains.”

“Really, the strategists there in the Obama campaign have got to look at a diplomatic way of replacing Joe Biden on the ticket with Hillary,” Palin said.

“And I don’t want to throw out that suggestion and have them actually accept the suggestion because then an Obama/Clinton ticket would have a darn good chance of winning. But really Joe Biden really drags down that ticket.” 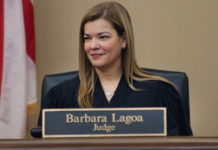 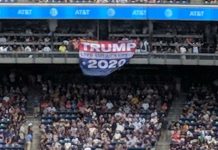 Leave a Reply to Me Too Cancel reply