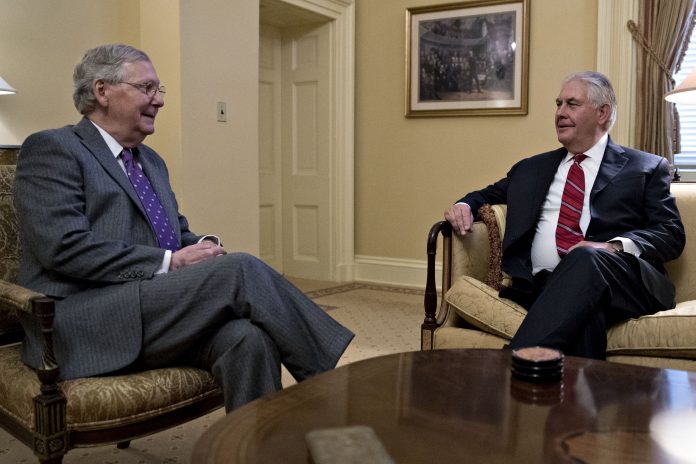 Senate Majority Leader Mitch McConnell (R-Ky.) said on Wednesday that the battle for the Senate is “50-50″ with less than a week before Election Day.

“It’s a 50-50 proposition. We have a lot of exposure. This is a huge Republican class. … There’s dogfights all over the country,” McConnell said during a campaign stop in Kentucky.

McConnell has warned for months that he believes Republicans’ face a tough fight to keep their Senate majority as they defend 23 seats on Tuesday compared to 12 for Democrats, including saying in August that it “could go either way.”