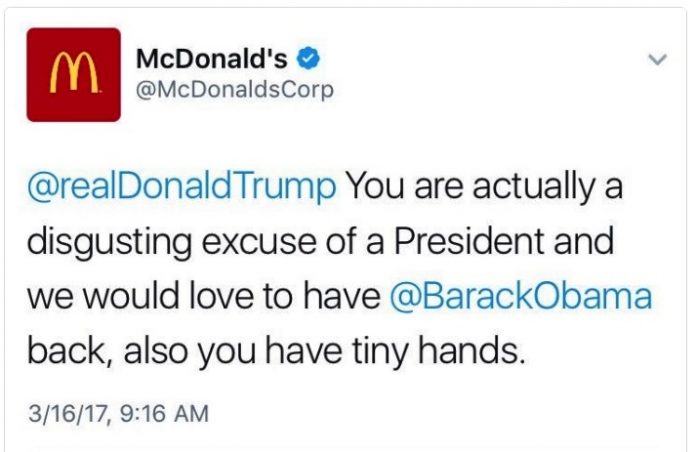 McDonald’s received both acclaim and backlash today after firing off a tweet critical of President Trump. At 9:15 a.m., the fast-food titan’s corporate Twitter account tweeted at the commander-in-chief, telling him, “You are actually a disgusting excuse of a President and we would love to have @BarackObama back, also you have tiny hands,” the Daily Beast reports.

The post was deleted within 20 minutes, but not before the @McDonaldsCorp account pinned it to the top of its profile page and received several thousand likes and retweets. The company did not immediately return requests for comments. About 10:30 a.m., the company tweeted, “Twitter notified us that our account was compromised. We deleted the tweet, secured our account and are now investigating this.”