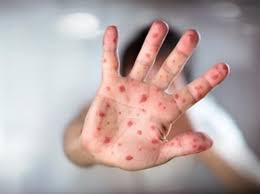 The New York City Health Department announced today that it would close two more yeshivas that had failed to comply with an order by the Health Commissioner of the city to exclude unvaccinated students within zip codes affected by a measles outbreak, The Daily Beast reports.

The schools, Tiferes Bnos and Talmud Torah D’Nitra, are barred from opening until the Health Department approves plans from the schools to exclude unvaccinated students. Five other schools that were shutdown for failing to comply with the order have since re-opened after submitting similar plans. That’s in addition to 57 individuals who have received summonses from the city for being non-compliant with the order, which can result in a $1,000 fine; failing to appear for a hearing can lead to a $2,000 fine.

“Schools that continue to disregard our direction during the outbreak will be closed down until they can prove to the Health Department that they will comply,” said Health Commissioner Dr. Oxiris Barbot. “The reality is, the longer it takes schools and individuals to comply with our Order, the longer this outbreak will continue.” As of Monday, 423 cases of measles have been confirmed in the area since October, with 348 cases being reported within Williamsburg alone.